Euro 2020: Netherlands captain Georginio Wijnaldum is prepared to lead his players off the pitch if they’re racially abused in Budapest 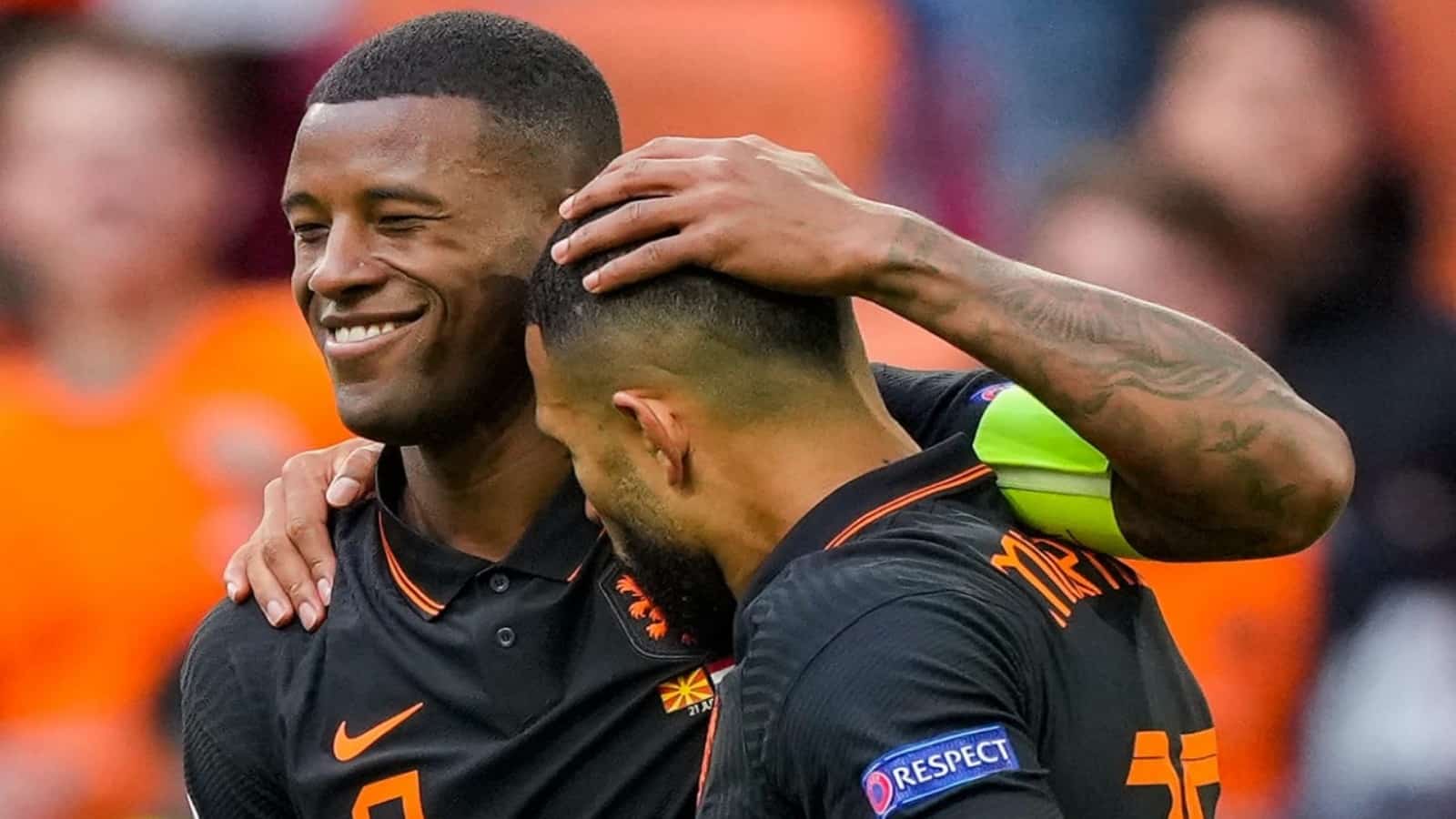 Euro 2020: Netherlands captain Georginio Wijnaldum is prepared to lead his players off the pitch if they're racially abused in Budapest

Netherlands national team captain Georginio Wijnaldum has asked UEFA to take stricter actions against racism, further reflecting that players subjected to racial abuse during the match should not have to make a decision on whether to walk off the field in a show of protest.

UEFA are already investigating the racial and homophobic allegations by supporters, which took place during Hungary’s opening two group games at the Puskas Arena in Budapest.

“UEFA must protect the players. It shouldn’t be the responsibility of the players.” says Netherlands captain Georginio Wijnaldum

Wijnaldum claimed that he had thought about leaving the pitch if subjected to racial abuse for quite long, when Netherlands face Czech Republic in the round of 16 stage in Euro 2020 at Budapest on Sunday.

“I’ve thought about it very carefully. I previously indicated that I would walk off but that was easier to say back then because I had never really run into that problem.” said Wijnaldum in his interview, emphasizing on what is needful to do if the players come face to face with such situations.

“After that, I started to think very hard about it. Gini, you will play in Hungary later in the tournament, what will you do if it happens?”

“What if you play against a weaker team and those fans know that and they antagonise you to get you to walk off the field so that you lose the match?” Wijnaldum further added.

“I think I will go to the referee but, to be honest, I’m not sure what my reaction is going to be in the heat of the moment.” Wijnaldum said, implying that the added responsibility for action lay with the on field match officials and UEFA.

“Some players have walked off in the past but if you ask them if they felt supported, I think they’ll say they weren’t.” said Wijnaldum, who will be seen wearing an armband with the words ‘One Love’ written and a rainbow motif in a stand for diversity in the round of 16 match.

“If the referee, or maybe the opponents, jump in, then the signal is stronger. That’s what I’m thinking right now but I’m not ruling out walking off the field if something like that happens on Sunday.” claimed the Dutch midfielder, who made a transfer to PSG this summer.

“In accordance with Article 31(4) of the UEFA Disciplinary Regulations, an UEFA Ethics and Disciplinary Inspector has been appointed to conduct a disciplinary investigation regarding potential discriminatory incidents which occurred in the Puskás Aréna, Budapest, during the 2020 European Championship group stage matches between the national teams of Hungary and Portugal on 15 June 2021 and between the national teams of Hungary and France played on 19 June 2021”, read the official UEFA statement regarding the racial engagements in Budapest.

UEFA has confirmed that they are investigating potential discriminatory incidents that occurred during Hungary’s first two group games, after the anti-discriminatory committee for group F sent a report highlighting a homophobic banner in the stands during the Portugal Hungary Euro 2020 match at the Puskas Arena.

Also Read: Manchester United had bid rejected for Aliou Dieng back in December 2020