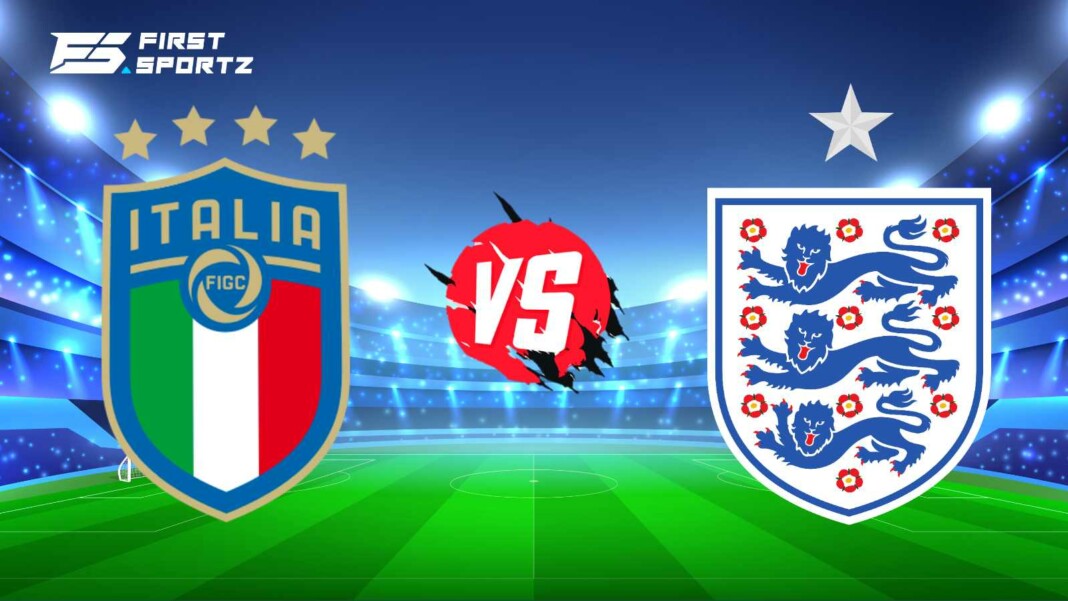 Italy will take on England in the ultimate final of the UEFA Euro 2020 on 11th July/ 12th July (India) at Wembley Stadium. England are playing in their first major event final in 55 years, whereas Italy last held the title 53 years back.

At Euro 2020, Italy overcame expectations and performed admirably this year. The Azzurri are now on an unparalleled undefeated record and are the only side at Euro 2020 to have won all of their matches.

Italy are now on a 33-game undefeated streak, which includes a near-perfect group stage performance at UEFA Euro 2020, when they breezed past Turkey, Switzerland, and Wales before being pushed to the limit by Austria in the Round of 16, and a quarter-final match against Belgium. In the semi-final, they were nearly beaten off of the park by Spain, but their steely grit led to a penalty shootout victory, putting them in position to win a major event for the first time since 2006.

England began slowly in the group phase but improved in the knockout rounds, outplaying Germany and Ukraine in the Round of 16 and quarter-final games, respectively, although their extra-time triumph against Denmark in the semi-final was a bit of a whim.  Despite the fact that England has played the bulk of their games at home and the odd UEFA favoritism conspiracy idea, there is no denying that they have been a good team and are worthy of their place in the finals.

The road to this point has been long and winding for England. The Three Lions have had to wait a total of 55 years to reach the finals of a major international competition.

ITA VS ENG: Head to Head

Italy and England have met each other on 30 occasions with Italy leading the records winning 11 to England’s 8 victories. The two sides last encountered in 2018 in which the match ended in a 1-1 draw.

The match between Italy and England is expected to be a close and nail-biting one as both the teams have a strong lineup. England, however, have a slight edge over Italy considering that they are playing at the home ground.