English sensation Jack Grealish wants to follow in the footsteps of England icons Paul Gascoigne and Wayne Rooney as he eagerly seeks to showcase his incredible talent and potential at the international stage after he featured in his start in a major international tournament for England against Czech Republic in the Euro 2020.

The Aston Villa starlet assisted match-winner for Raheem Sterling with a beautiful cross to the far post, as England trumped Czech Republic 1-0 at Wembley on Tuesday night to top Group D and set up a last-16 tie against heavyweights Germany.

Grealish has impressed whenever he has been thrown into the mix, with his neat dribbles behind the opposition’s defence, quick bursts of pace, regular take-ons and offers an aspect of dynamism with his free role as a number 10.

Grealish, now only 25, has featured nine times since he made his England debut in September and is now eager to make a compelling impact for the Three Lions side as the tournament advances into its knockout phase.

When asked if the Euro 2020 could be a major takeoff in his footballing career and mould him in a better way, Grealish said; “Definitely. I have spoken about how big these tournaments can be in players’ careers.”

“I love it and if I perform on this stage it is a matter of showcasing my talent to the world and that is what I want to do.”

“If you look back and think of Gazza at Italia 90, that is where he first made a… well he was obviously still well known before, but I think everyone remembers him for that tournament especially.”

“You look at Wayne Rooney in Euro 2004 – I think that was where he set his marker to say I am going to be one of the best in the world.” stated Grealish, highlighting how Rooney and Gascoigne’s performance in the European Championships of 2004 and 1996 respectively was the key to their rise as superstars.

“I am hoping to follow in their footsteps and hopefully I can do that if I get more chances in this tournament.” exclaimed Grealish.

“I don’t think it is pressure. I love playing football. That is what I am paid to do. That is what I have been born to do.” said Grealish in his interview to Sky Sports, when asked if he was little intimidated by the expectations upon him.

“I felt like I had a good performance good but I still maybe felt like in the second half I could have got on the ball a little more and probably tried to dictate the game a little more from an England point of view.”

England will be facing heavyweights Germany on 29th of June in a blockbuster fixture in the round of 16 of this summer’s prestigious tournament, and Grealish will likely be hoping to turn up in his A game, and be of as much help as he can against a top opponent. 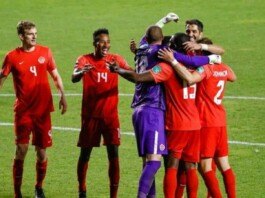 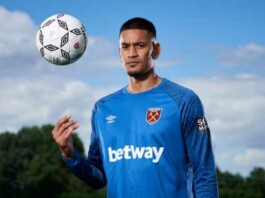 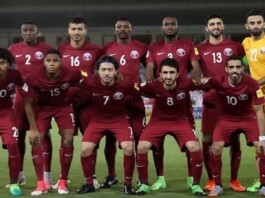