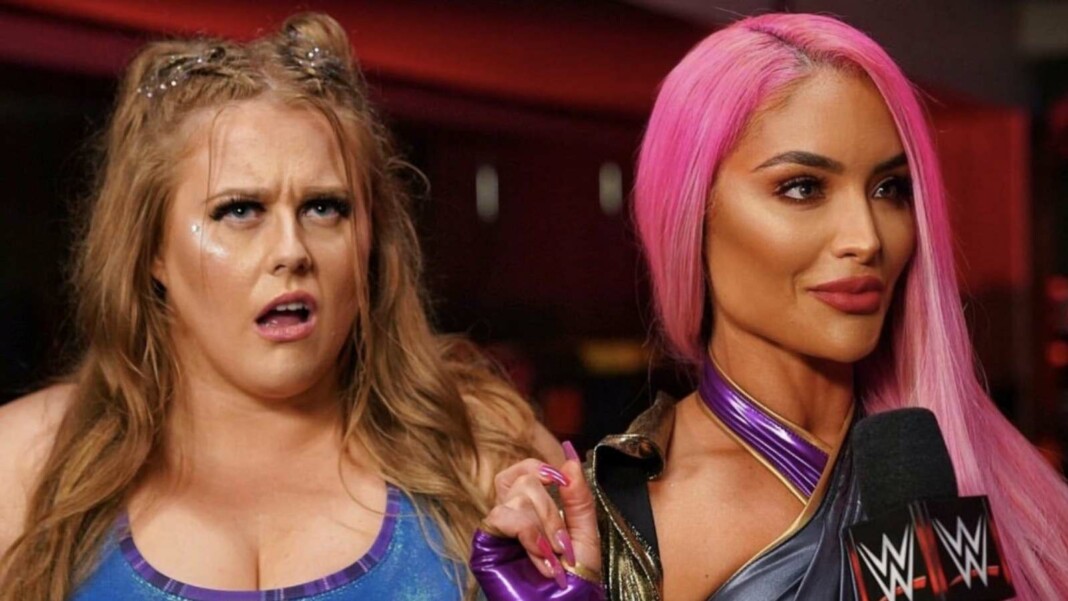 As the month of July will see the crowd back into the WWE arenas, the organization has been working on a lot of creative scripts and there have been tons of rumours about the plots. While few are yet to be confirmed, one rumour which has been proven right is the artist formerly known as Piper Niven from NXT UK is now a full-time member of the Monday Night Raw roster.

She is now attempting a new role, working as the protege of WWE superstar Eva Marie, who returned to the wrestling ring on June 14th, 2021. Adding to the surprise of the fans, the news that was revealed on Monday Night Raw is Piper Niven will not known by her old name anymore. She will be adopting the new name ‘Doudrop’.

When the two superstars were interviewed backstage prior to a tag team Money in the Bank qualifying match and were asked for a name, it was expected by everyone that Marie’s new protege was going to say “Piper Niven.” But before she could answer, Eva stopped her, looked her up and down, and decided to reveal the new name, Doudrop.

The new plot along with the name did not go well with the fans as they believe Piper Niven could be better off without this new identity. But this is perhaps a move by the organization to get the heat on Eva Marie and we could be in for a lot of surprises as things take place in front of the audience. Doudrop debuted on the main roster the previous week on Raw taking Eva Marie’s place in a match against Naomi and it did not take her much time to defeat and floor the former SmackDown Women’s Champion.

Going back in time, Piper Niven had previously competed in the Mae Young Classic Tournament in 2017, even defeating Serena Deeb in the second round. Ultimately she lost in the third round of that tournament to former NXT UK Women’s Champion, Toni Storm. Her life before WWE saw her wrestle under the name Viper on the independent scene, and as part of the short-lived World of Sport revival in the UK.