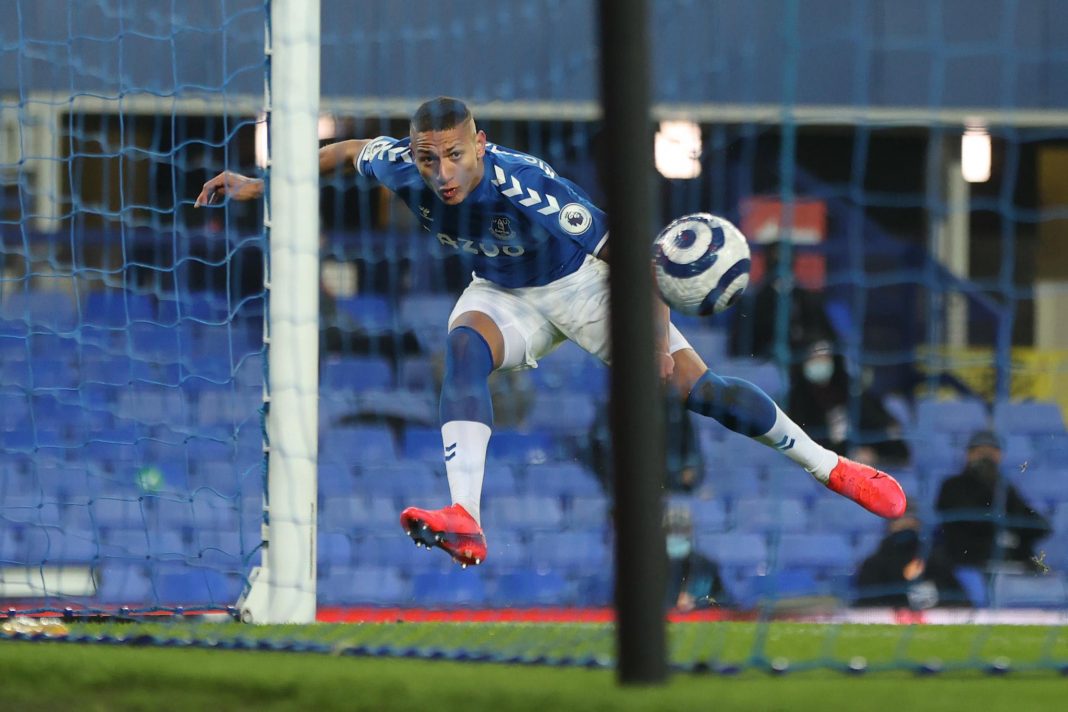 Everton manager Carlo Ancelotti has heaped praise on Brazilian striker Richarlison and said that he has the potential of becoming one of the top strikers in the world. Richarlison is on his way to recording atleast 30 starts in each of his last four Premier league seasons.

‘He’s got the potential to be one of the top strikers in Europe’ : Carlo Ancelotti

The Brazilian has scored in each of his last three premier league appearances and now has eleven goals this season across all competitions. Last month was his best as he better five times in February.

Everton are in great form and have the chance to go up to the third position if they manage to defeat West Bromwich Albion on Thursday night and have a game in hand over the three other clubs remaining with them.

Carlo Ancelotti says that rufharlishas the potential in him but must work on his technical skills if he wants to reach the top. However Ancelotti admits that Richarlison’s off the ball movement and positional awareness is of the highest level.

“His physical statistics are really high, like a midfielder – but he has speed and he is really clinical in the box.
“He is fantastic with the head and clinical in front of the goalkeeper and his movement without the ball is really good.
“I think he can be one of the top strikers in Europe. I’m sure he can because he has all these kind of qualities and he has not a specific position on the pitch. He is really complete.