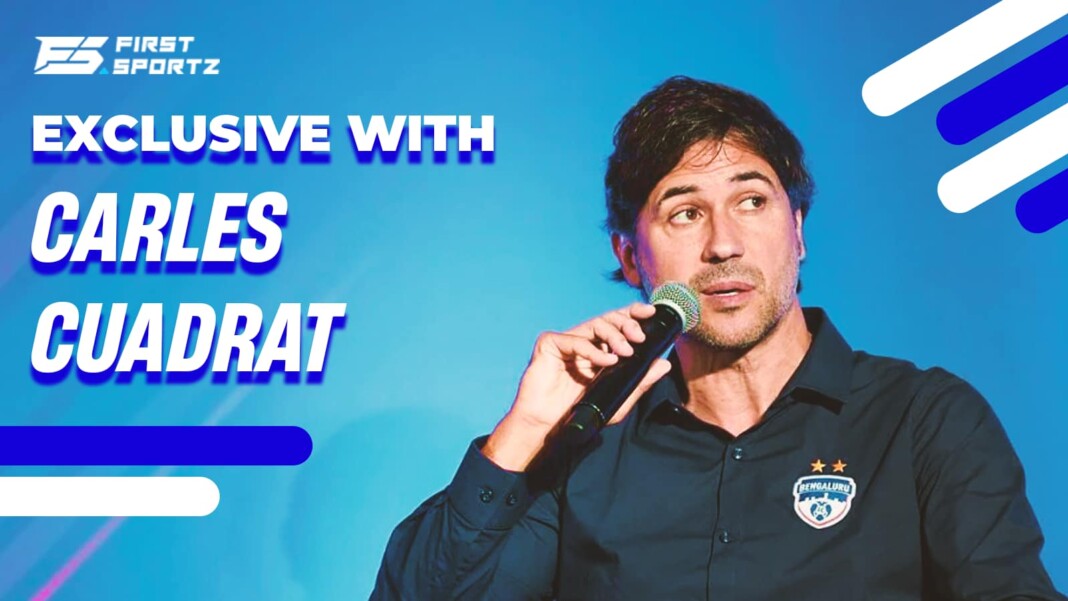 Dear Firstsportz family, here is an exclusive for you all ahead of the Indian Super League. The annual football festival of India, Indian Super League 2021/22, is all set to start from 19th November. With league just around the corner, here is part one of the “Exclusive with Carles Cuadrat”.

Carles Cuadrat was with Bengaluru FC for five years and formed an integral part of the title-winning team. Initially, the Spaniard joined as the assistant manager for Albert Roca under Bengaluru FC became a formidable side. After the departure of Albert Roca, Carles Cuadrat managed the side for 58 games across all competitions. After raking up big numbers and titles, he is known as one of the most successful coaches in the history of the Indian Super League. BFC managed to score 1.57 points per game during his tenure.

At present, the former Bengaluru gaffer is managing the Cyprus first division side, Aris Limassol FC. The side is off to a great start in the league, with five wins under the belt in eight games. The team finds itself in the third-place, which is dominated by AEK Larnaca at the moment. AEK Larnaca is on top of the points table with 20 points to their name.

Here is what the former Bengaluru FC man, Carles Cuadrat had to say in an exclusive interview:

Exclusive With Carles Cuadrat: How was your time in India in terms of football?

Exclusive With Carles Cuadrat: What are your predictions for the upcoming Indian Super League? Which is the team to watch out for?

Talking about the challenges for the team that are participating in the Indian Super League 2021/22, Carles Cuadrat said:

Exclusive With Carles Cuadrat: How is Bengaluru FC different from other teams? How was your time with the club as a manager as well as under Mr. Albert Roca?

Talking about the mutual contraction termination, Carles Cuadrat also spoke about the change cycle that the club is going through. He also wished the side the best ahead of the league.