Which is the least successful F1 team ever?

Formula 1 has witnessed dozens of F1 teams across its history, we find out which one holds the record of being the least successful in F1. 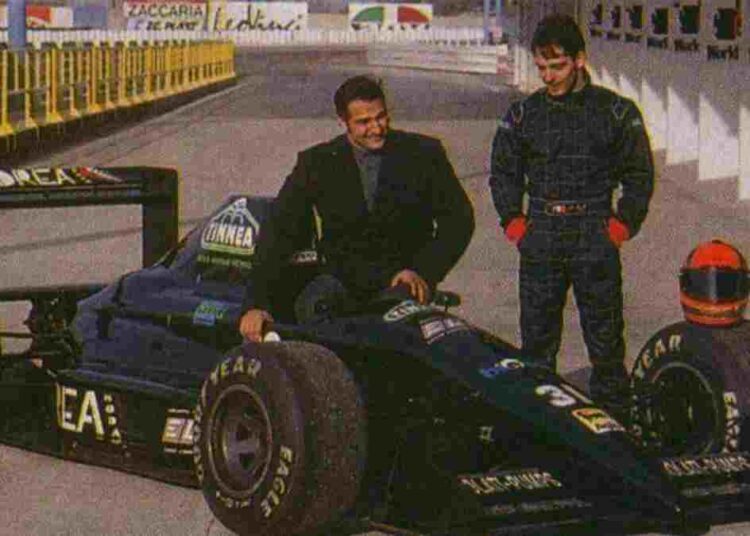 Formula 1 is a team sport. F1 teams spend millions of dollars every year in a bid to win the world championship. Successful teams such as Scuderia Ferrari and Mercedes are always in the public eye. But things do get interesting when we look for the worst teams in F1. Several back markers have been on the grid, be it Manor Racing or the dreadful Hispania Racing Team. This begs the question of the least successful team in the sport’s history.

The answer to this question is Andrea Moda. An Italian outfit started by shoe designer Andrea Sassetti in 1992. Sassetti had bought out the struggling Coloni F1 team which had a disastrous 1991 season. Andrea Moda had a nightmare start to the 1992 season. The Italian squad arrived to the season opener with modified Coloni chassis. But the team got excluded from the event for not paying the $100,000 deposit for new entrants in the championship.

During its sole season in the sport, the Andrea Moda F1 team managed to qualify only for a single race at Monaco. The team’s lackluster approach and incompetency consequently led to it having perhaps the worst statistics in the sport’s history. Team owner, Sassetti was arrested in during the Belgian GP, at last leading to team’s expulsion from F1

The Andrea Moda F1 team only made one Grand Prix start

The team’s two drivers, Alex Caffi and Enrico Bertaggia were dropped after the second round of the season for criticizing the F1 team’s preparation. Andrea Sassetti replaced the pair with Roberto Moreno and Perry McCarthy. However, the team focused solely on Moreno in the latter half of the season. Roberto Moreno qualified for the team’s first Grand Prix at Monaco.

Alas, Roberto had to retire on Lap 11 after suffering an engine failure. The shortcomings of this F1 team were coming to light by this time. The Andrea Moda cars were left without an engine at the Canadian Grand Prix. Andrea Sassetti had failed to pay its engine supplier Judd. After the team’s failure to make it to the French GP, Sassetti was forced to fund the team alone amidst the exit of sponsors.

Regardless, Perry McCarthy barely got any relevance in the team. Perry went out on wet tires on a dry track at his home race in Silverstone. The FIA demanded Andrea Moda for fair treatment of McCarthy. This came after the Italian F1 team sent Perry only 45 seconds from the end of pre-qualifying in Hungary, ensuring that he does not set a lap time.

Eventually, the team’s rather unsuccessful stint came to an end. Morento and McCarthy failed to qualify for the Belgian GP, along with Sassetti being arrested for allegedly forging invoices of spare parts. Hence the FIA expelled the team from Formula 1 for bringing disrepute to the sport. Certainly, the Andrea Moda F1 team made its mark in the sport but for all the wrong reasons. A far cry from the team’s ambitions of challenging the likes of Ferrari.

Formula 1 is a competitive, billion-dollar sport. Every billionaire would want to use it as a platform for global advertising. However, Andrea Moda teaches us a lesson. Running an F1 team is not easy. It takes years of experience, tons of preparation, and some of the finest people. Andrea Moda did not just fail on track, it failed the day, Andrea Sassetti purchased Coloni.