Abu Dhabi GP predictions: Verstappen to take the win while Leclerc gets P2 in the WDC standings and Vettel gets points in the finale of 2022 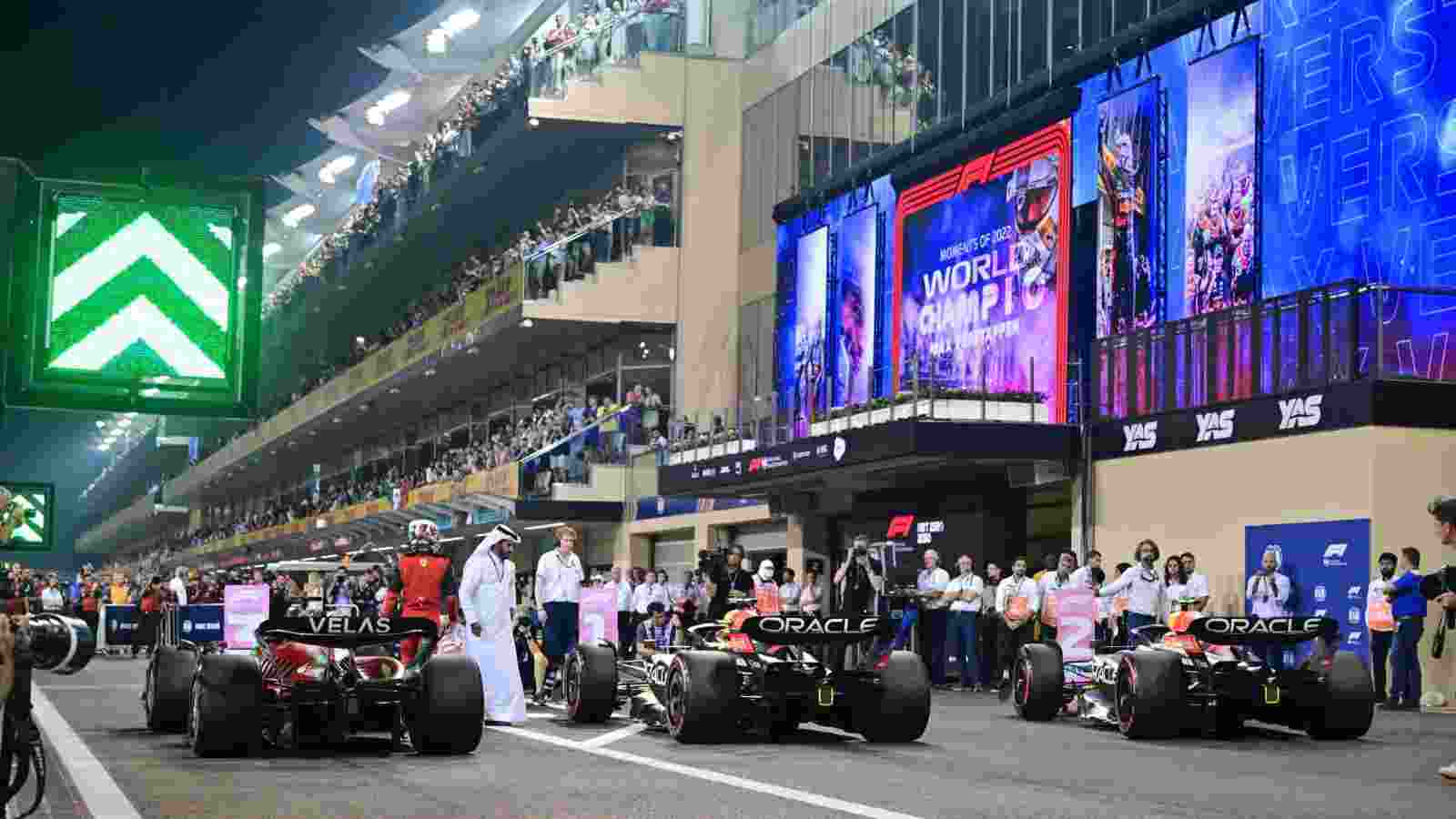 Formula 1 is all set of the last race of the 2022 season. For one last time this year, the cars will be lining up on the grid for lights out, hoping to see the chequered flag as fast as they can. Max Verstappen is set to line up on pole position again at Abu Dhabi. However, this time he is followed by Sergio Perez, his teammate as the Red Bull duo have successfully locked out the front row for the first time since their outing for the 2018 Mexican Grand Prix.

Carlos Sainz and Charles Leclerc will line up on the second row and as expected, the Mercedes duo of George Russell and Lewis Hamilton are on the third row at the Yas Marina Circuit. Now, all eyes will be on the fight for P2 between Charles Leclerc and Sergio Perez, as the two walk into the capital with equal points on the scoreboard.

The Abu Dhabi GP will be the last race for many drivers on the grid. This list includes the likes of Sebastian Vettel, who will be retiring from the sport at the end of this season, Daniel Ricciardo, Mick Schumacher and Nicholas Latifi. Daniel Ricciardo will be replaced by Oscar Piastri at McLaren in 2023, and in a recently posted announcement, Haas made it clear that they have picked Nico Hulkenberg to return to F1 over Schumacher Jr. And Latifi will most probably be replaced by Logan Sargeant in Williams.

As the paddocks get ready for this season’s finale race, take a look at our predictions for how the race might go at the Abu Dhabi GP!

Max Verstappen has been dominating the grid in his Red Bull for the later part of the season. Only the Ferrari had managed to put up a fight against the mighty Red Bull this season, however even that fight faded away towards the end of the season

Max Verstappen is on pole and it won’t be easy to strip him off P1 on Sunday. Verstappen had a bad race in Brazil and George Russell had managed to take his first win in Formula 1 there. Therefore the Dutchman will be keen to prove a point during the Abu Dhabi GP.

With Perez starting in P2, he also has additional cover from the Ferrari and Mercedes drivers who are expected to fight amongst themselves. If those two teams trip over each other, it’s going to be even easier for Verstappen. As everything stands, he is winning the Abu Dhabi GP.

#2 Charles Leclerc will achieve P2 in the Drivers’ Championship

With the recent falling apart between the Red Bull duo of Max Verstappen and Sergio Perez, it has made things easier for Charles Leclerc to target some good points at the Abu Dhabi GP. He is currently in a battle for second position in the Driver’s Championship with Sergio Perez – both of them tied on 290 points ahead of the Abu Dhabi GP.

The driver who finishes ahead in the last race gets the second position in the championship standings – as simple as that. Even though Perez is starting ahead of Leclerc and the Ferrari hasn’t been up to speed in the last few races, the falling out at Red Bull might open up the door for Leclerc.

#3 Sebastian Vettel will finish within the top 10

The Abu Dhabi GP weekend has been going good for Sebastian Vettel so far. He achieved a P9 in Quali and will be starting ahead of Fernando Alonso in P10. Vettel has been very strong in the last few races and he will be desperate to show his skills in the last race of his Formula 1 career.

The Aston Martin seems strong enough to fight the likes of Alpine and McLaren this weekend. And if all the strategies go right for the British team then Sebastian Vettel has a very good chance to finish in the points at the Yas Marina Circuit.