“This is multiverse of madness,” Fans react as Pierre Gasly and Sergio Perez get a MotoGP lesson from Marc Marquez

by Varad Joshi
in Formula 1, MotoGP 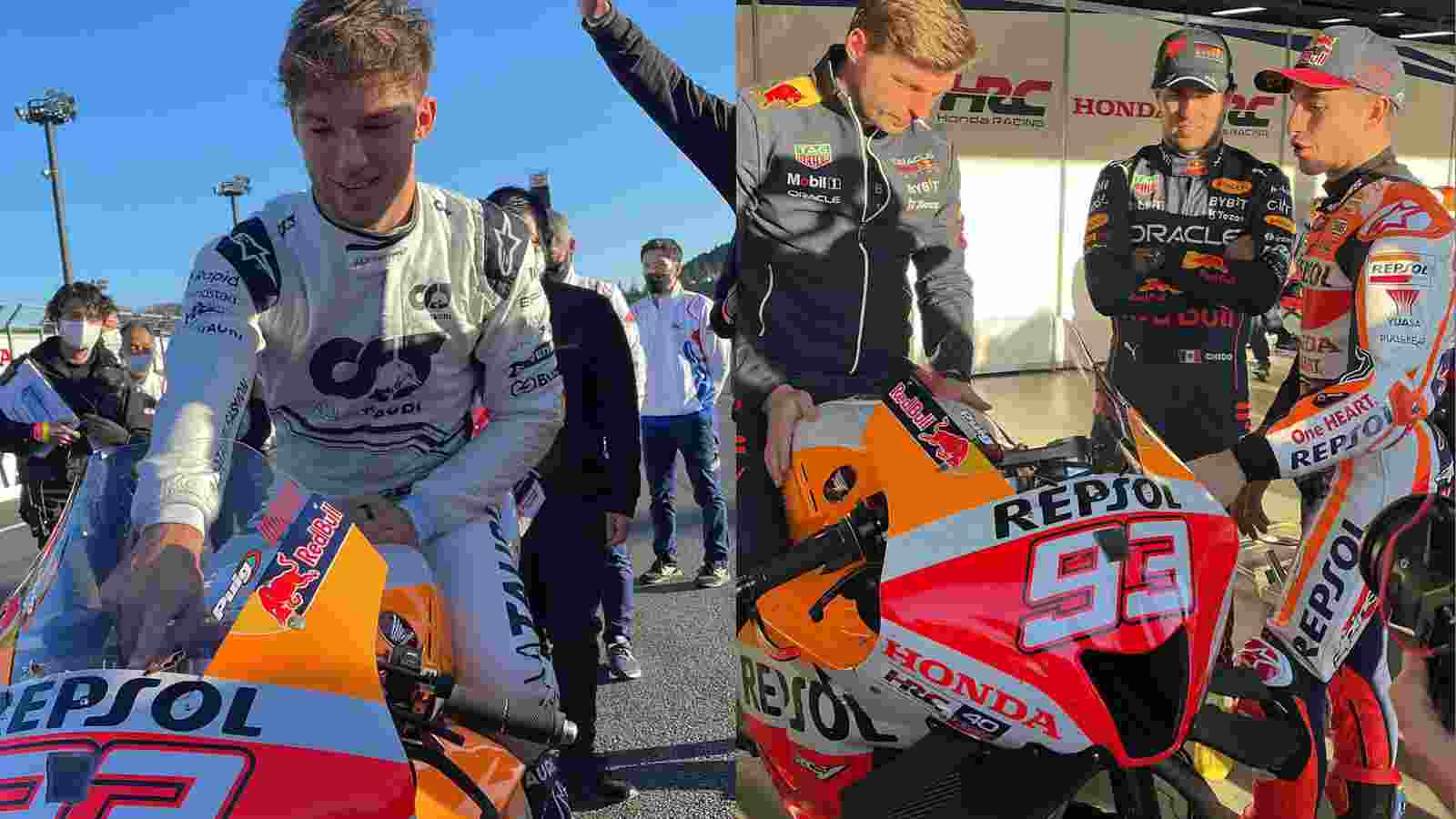 Very rarely do we get to see a collaboration between F1 and MotoGP. Alpha Tauri driver Pierre Gasly and the Mexican minister of defence, Sergio Perez were two lucky individuals as they got a hands on experience with the Repsol Honda MotoGP bike with 8 time world champion Marc Marquez as the teacher. This was a surprising but wholly welcome bunch of content for all the fans.

Honda was celebrating the Honda Racing Thanks day and it was this occasion that brought out all the people who are powered by this company. Red Bull and Alpha Tauri are powered by Honda engines while Honda has their own MotoGP team with Marc Marquez as one of the riders. Gasly and Perez both have won with Honda engines so they also must have had something to be thankful for.

The trio went on about the MotoGP bike wherein Gasly was quick to display his emotions depicting curiosity as he learned about the two wheeled beast. After sitting on the bike, both the F1 drivers must have been glad that they are much more protected than the MotoGP riders. Here is how the fans reacted to this out of the ordinary meet-up between the F1 and MotoGP lads.

While Sergio Perez will get to come to Motegi next year, it won’t be the same case as Pierre with him moving to Alpine next year. The French driver will be replaced with Nyck De Vries. It will be interesting to see what lies ahead for all three racers. With Marquez trying to grab a comeback title, Gasly wanting to become a team leader and Perez wanting to be a strong competitor to Max. Anything can happen in motorsport.

Also Read: ‘I don’t want to be an exception’: IndyCar’s Max Verstappen expects no favours from the FIA to force his way into F1