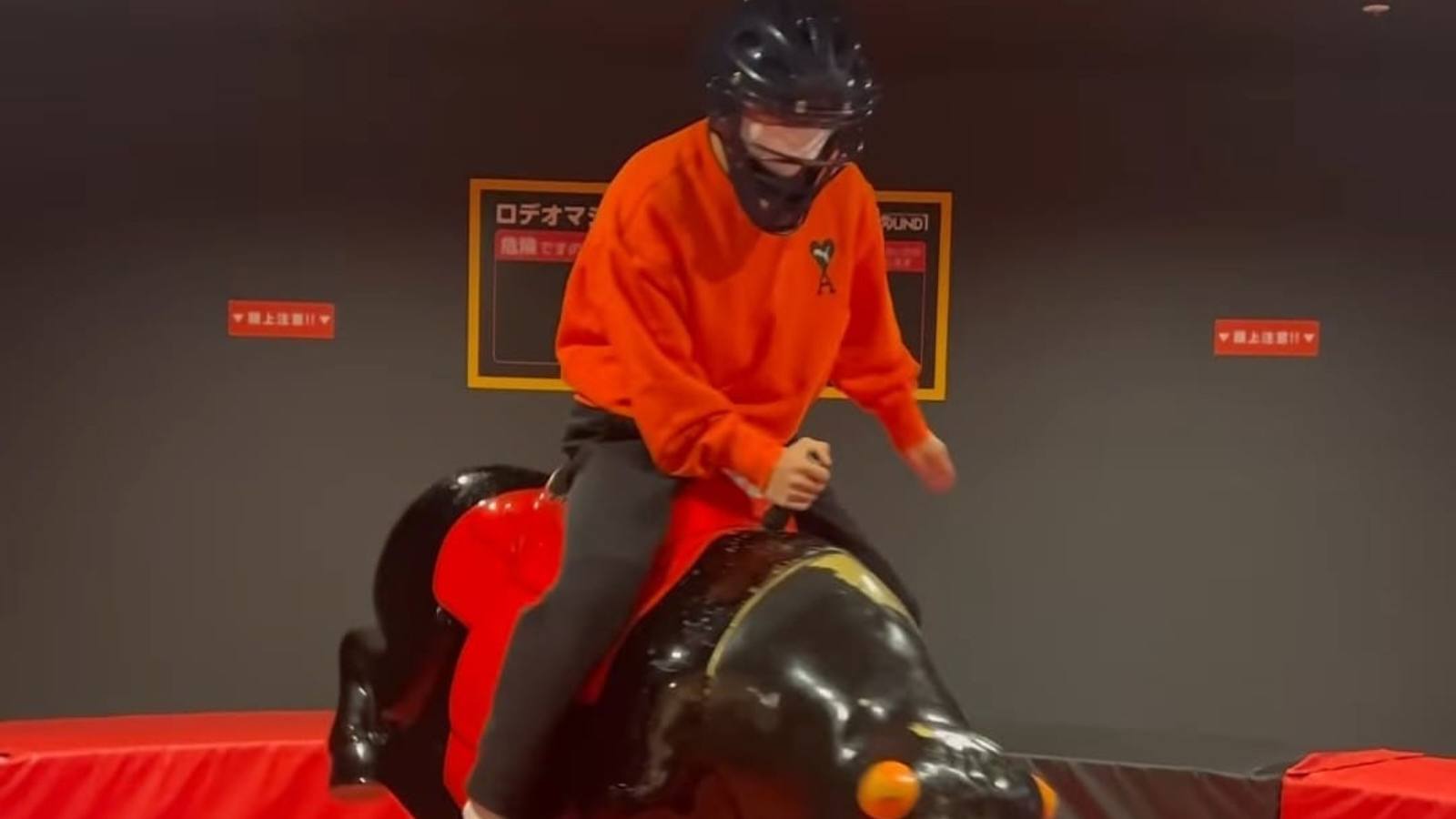 Yuki Tsunoda and Pierre Gasly have built a great and loving friendship as teammates in Formula 1. The two Alpha Tauri drivers have spent the last two years bonding with each other, and it has been a great delight for the fans, who even refer to the duo as “Yukierre.” However, this wholesome couple will be separated heading into next year as Pierre Gasly departs for Alpine. The pair recently had a blast on a night out in Japan following the Honda Racing Thanks Day, possibly their last night out as teammates.

Gasly uploaded a photo dump on Instagram from the night, including a clip of Yuki Tsunoda attempting to ride a mechanical bull. The clip showcases the 22-year-old’s enthusiasm for riding the beast at the beginning, with the Japanese driver even smacking the back of the bull in a bid to enjoy the moment. However slowly the machine took its pace and the slapping stopped, with Yuki moving heavily with the bull’s sways and finally falling down the beast.

Tsunoda was wearing a helmet and had a safe run, with his Red pullover giving us a red person riding a bull, Red Bull anyone? The whole instance also receives immense laughter from Pierre, especially on the slaps on the bull and when inevitably the 22-year-old collapses on the ground. The rest of the post contained other moments from the evening, including Gasly showing off his win against his mates at a racing game, with Yuki showing him the finger in return. Alas as all things come to an end, this night too ended along with the time of these two drivers as teammates, with Gasly joining the French team.

Fans on Instagram loved Tsunoda’s riding, with most fans being stunned over the 22-year-old’s smacking on the beast, one fan commented, “NOT YUKI SMACKING THE BULLS A**,” while another user looked at Tsunoda’s actions with suspicion, stating, “Yuki a bit suspicious on the bull.” One fan encouraged the F1 driver to continue the slaps, commenting, “Whip it Giuseppe whip it.” Giuseppe is Yuki’s nickname, along with Gasly’s Pedro Gaseoso.

Another fan mentioned their delight in viewing this clip and stated, “Yuki riding the bull has made by day.” On a more adult side of things one user commented, “We know that’s not the only thing Yuki was riding that day,” hinting towards the alleged romance between the two Alpha Tauri drivers. One fan remarked that the bull throwing the 22-year-old off was its way of expressing sadness over the separation of the two drivers as their time as teammates comes to an end, the fan replied, “The bull took the break-up hard.”

Yuki Tsunoda and Pierre Gasly have complemented each other during their time as teammates in F1. The two have formed a friendship that is rare to witness in the sport, and the fans have cherished every moment of it. As Gasly leaves for his new endeavors at Alpine replacing Fernando Alonso, fans hope that this bond does not break and the pair hang out on a regular basis. However F1 is about racing, Yuki and Pierre are here to win, despite their relationship, neither of them would give the other any extra leeway on the track. The two have shared made some great memories in the past two years and shall continue to do so in the times to come as they fight against one another for many years in the sport.