Far Cry 6 Pre download: It is not much longer for Far Cry 6 to hit stores globally where the players will be taken to the country of Yara based in the Caribbean. Before the game goes live officially to download, fans can pre-download the latest instalment in the Far Cry series.

Far Cry 6 is one of the most-anticipated video game titles over the past couple of months. The game has attracted the masses with its highly structured and detailed graphics and it features Breaking Bad Webseries’ antagonist Giancarlo Esposito. Players are pretty excited to try this new game out after the developers revealed the first glimpse of the gameplay in Late May 2021.

Now, it would not be so good for players to download the game and other resources after the game goes live when all they wanted is to get going. This article will let you know all the details regarding the Far Cry 6 pre-download and when the players can play the game.

X-Box users have a major advantage and they can download the game right now who have pre-ordered. PlayStation users would have to wait for a bit longer and the game will be available to pre-load on October 5. PC users are biting their nails as there is no official news regarding this context and there is no confirmed date for them. According to some leaks, the game goes live to pre-download on Steam on October 5, 2021, the same day that PS users get the availability.

Read More: Wise Glasses in Pokemon Unite: Effects and uses for the item!

Far Cry 6 is scheduled to be released on Thursday this week i.e., October 7, 2021. There is a high chance that the game will be playable from midnight on the official release date. Players can check the timings in their respective time zones. 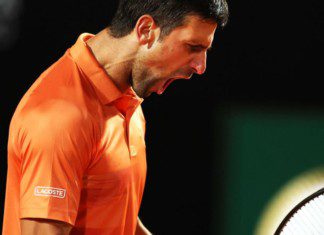 Pritha Ghosh - May 14, 2022
Novak Djokovic moved to the Italian Open semi-finals with a 7-5 7-6(1) victory against Felix Auger-Aliassime in a thrilling first meeting between the two....