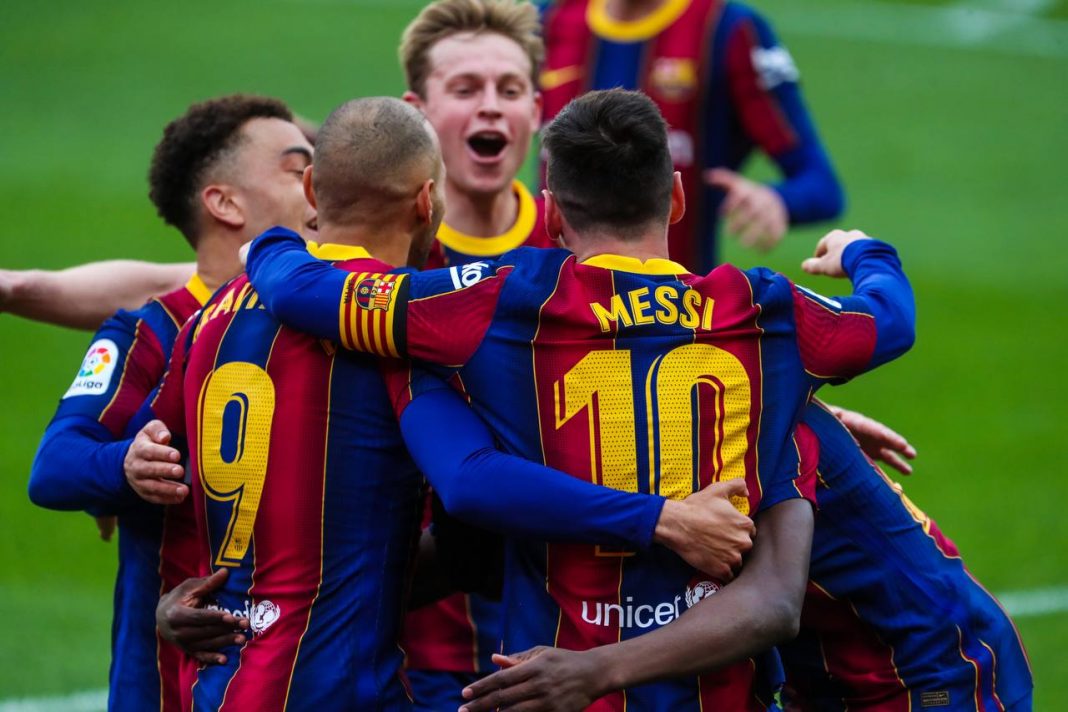 FC Barcelona avenged their Copa del Rey defeat against Sevilla with a 2-0 victory in La Liga. The win helped Barcelona close the gap on Atletico Madrid to just 2 points, but Atletico have 2 games in hand.

Ousmane Dembele and Lionel Messi scored for the Blaugranas in what turned out to be a complete performance against Sevilla. Sevilla’s winning streak of 4 matches in La Liga came to an end at the Sanchez Pizjuan and left them 7 points off the top.

Koeman’s tactics proved too much for Sevilla

Koeman started a new 3-5-2 formation and the move completely paid off as the Sevilla players found it difficult to cope with their attacking width. Dembele and Messi started up front and proved to be a handful for the likes of Diego Carlos and Kounde.

Barcelona took the lead on 29 minutes when Messi secured the ball on the halfway line and set Dembele off on a run.  Sevilla didn’t offer much in attack and Barcelona nearly doubled their lead on 60 minutes when Dembele’s shot was blocked but found its way to Sergino Dest who rattled the ball off the post.

Messi secured Barcelona’s win five minutes from the end with a right-footed shot from close range. Messi scored his 19th goal of La Liga and pulled 2 clear of Luis Suarez in the top-scorers race.

Gerard Pique was confident about Barcelona’s title winning chances this season despite not having a good start to the season.

“The league’s on. Until it’s mathematically impossible, it’s on. Worse things have been seen. A team like Sevilla, at home, have not created any chances. We dominated for 90 minutes, pressing high, playing in their half. It’s not the ideal situation, but we have confidence in the team.”

Also Read : Jose Mourinho believes that Gareth Bale is faring much better compared to his time at Real Madrid