Fernando Alonso returned to F1 action this season, after a two-year hiatus. The two-time F1 World Champion will drive alongside Esteban Ocon for the newly named team, Alpine. The Spaniard had a good outing at the season opener in Bahrain, where he was on-course for a finish in the top 10, but was forced to retire.

Pedro de la Rosa, former F1 driver spoke about what makes Fernando Alonso a great champion. De la Rosa stated that Alonso was committed to the sport and it remains on his mind throughout the day.

Speaking on the F1 Nation podcast, he said: “That’s his strength really – Fernando thinks about motor racing 24 hours a day. Everyone says the same about a champion, about a racer, but actually when you say it about Fernando you mean it.”

“I’ve been with him when he’s not racing in Formula 1 or in WEC [World Endurance Championship] and he’s thinking about ‘we should do a karting race together again’. He’s always thinking ‘what can I race this weekend?,” he added.

Pedro de La Rosa added that this countryman was a committed man and does not have any sort of distractions in his life, and is fully focused on F1.

“This is quite unique. I’ve been with many drivers. Myself, the weekend I had off I wanted to do other things – I wanted to be at home, I wanted to see my kids, I wanted to be on the bike. But for him, it’s not his work, it’s his passion,” De la Rosa said.

“He’s a passionate man and I think that’s his biggest strength – he doesn’t have any other distractions in his life. He’s a committed man, 100%,” he added.

Fernando Alonso, who returned to the tracks at the age of 39, often gets criticized for snatching an opportunity from the youngsters. However, the former F1 driver believes that it was heartening to see Alonso still have the passion to race.

“To see him at his age, coming back, being this hungry, is really fantastic,” he added. “I personally get a bit disappointed that everyone is asking him about his age and if he’s quick enough now that he’s close to 40. But I always got those type of jokes that young drivers made about myself,” the Spaniard continued. 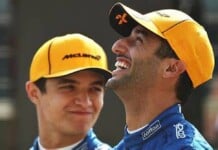 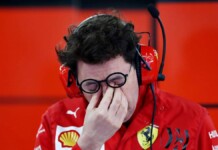 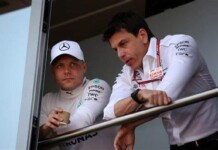