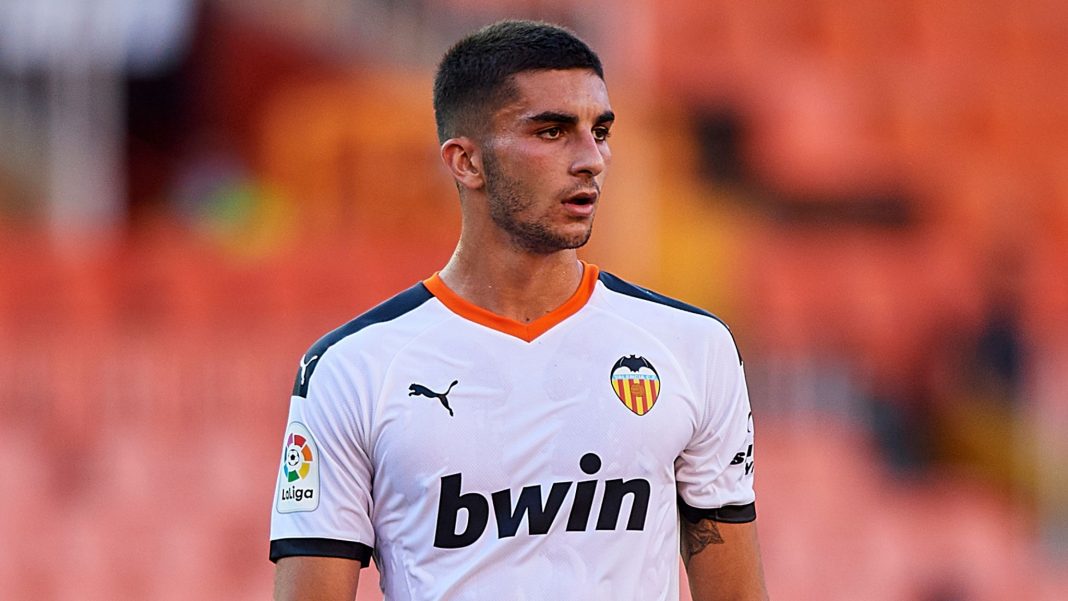 Ferran Torres, current Manchester City winger shared his disappointment with the Valencia management over how they treated his departure.

In August of 2020, Manchester City confirmed the signing of Torres on a five-year contract, until 2025 for a reported transfer fee of €23 million.

However, Torres has drawn a grim image of his condition with the Liga side. He revealed, the choice to leave was made after the club informed him they didn’t depend on him as an significant first-team member going into the 2019-20 season.

When asked when he was first talking about departing from Valencia, Torres answered Marca:

“I started thinking about it last summer after the European Under-19 Championship. The club told me personally that they weren’t counting on me. They literally said that I was the fifth winger in the squad, that reinforcements were coming and other players from other positions were ahead of me.

“It was a very hard blow for me, but what was worse was that they even put me on the market and offered me to teams in Spain. There were calls from 12 La Liga clubs, including Levante and one Segunda Division club. That’s when I started thinking about leaving.

“The problem is that there are people within the club and a few journalists who are determined to damage my image. I don’t want to leave on bad terms because I’m a Valencia fan.

“When the club decided to put me in the first team I began to come under pressure and criticism. It wasn’t just me, but they wanted to harm my representatives and my family.

“The same people who now campaign against me said then that I would fail, which hurt a lot at 17. I have to say that there were other journalists who treated me with love and respect. There are, though, club employees working to smear my image.

“I’m sure I can return to Valencia one day. I refuse to think otherwise. Even if there are crooked people. A lot of them won’t be there in a few years and I’ll have shown that I deserve to return.”

Valencia were dispassionate towards the renewal of Torres contract?

During the 2019-20 season Torres made 44 appearances for Valencia in all competitions. The Spaniard reflected on renewing the contract with the Spanish side.

“One was for [Valencia owner] Peter Lim to be involved so that I knew I was important, another was to be captain as I had seen other clubs do, [Atletico Madrid] with Fernando Torres, for example, and the third was to be one of the highest paid players. I wanted two of the three, but none were fulfilled.

“I wanted to stay and I put forward the conditions to do so. They weren’t above the club’s means. I know they’re not in the same position as big European clubs, but I was able to lead that project and wanted to be treated as such. The club didn’t want to keep me.” – the 22-year old revealed.

“After three years I’m more mature and mentally stronger, but at 17, no. He’s a great player but I never had a relationship with him.

“When I joined the first team at 17, a number of weeks passed before he said a simple ‘good morning’ to me. He wasn’t a good captain with me. The worst of it came after [former Valencia head coach] Marcelino’s departure when [Lee] Kang-in and I were seen as culprits in the dressing room and they stopped talking to us for weeks.” – he told