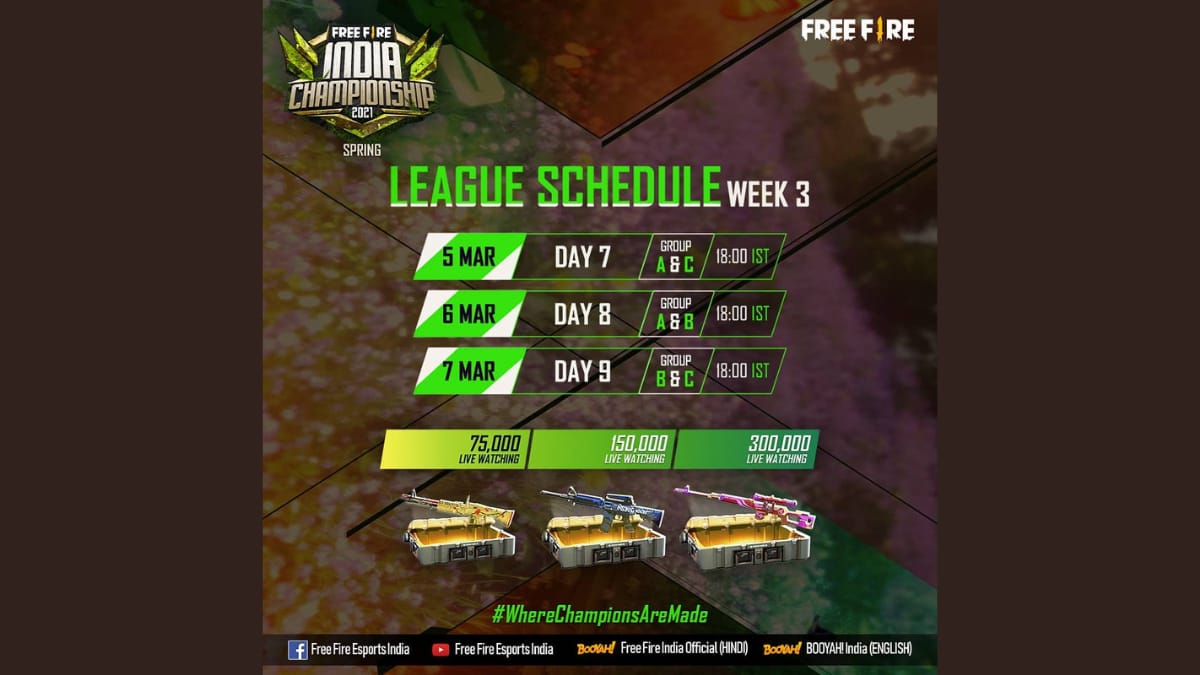 The league stages of Free Fire India Championship 2021 Spring are ongoing. The tournament started on 19th February and is scheduled to end on the 7th of March.

It all started with a total of 17 teams divided into three groups. The matches are being played at Friday, Saturday and Sunday. Till now two weeks and six matches have been played. There is only one week left Week-3 of the league stage. It will begin from 5th March.

Team Elite dominated Group B with 61 points followed by LVL Iconic with 58 points. Despite the strong comeback by Captains, they are at 4th place.

Group-C is topped by Survivor 4 AM with 74 points. Team Chaos followed them with 65 points. There is only 5 teams in Group-C as 4 Unknown is disqualified for violating rules.

The prize pool of FFIC 2021 Spring is 75 lakhs INR. The Winner of the tournament gets 35 lakh INR. The First Runner up gets 15 lakh INR.

How To Top-up In FreeFire With GamesKharido In March 2021