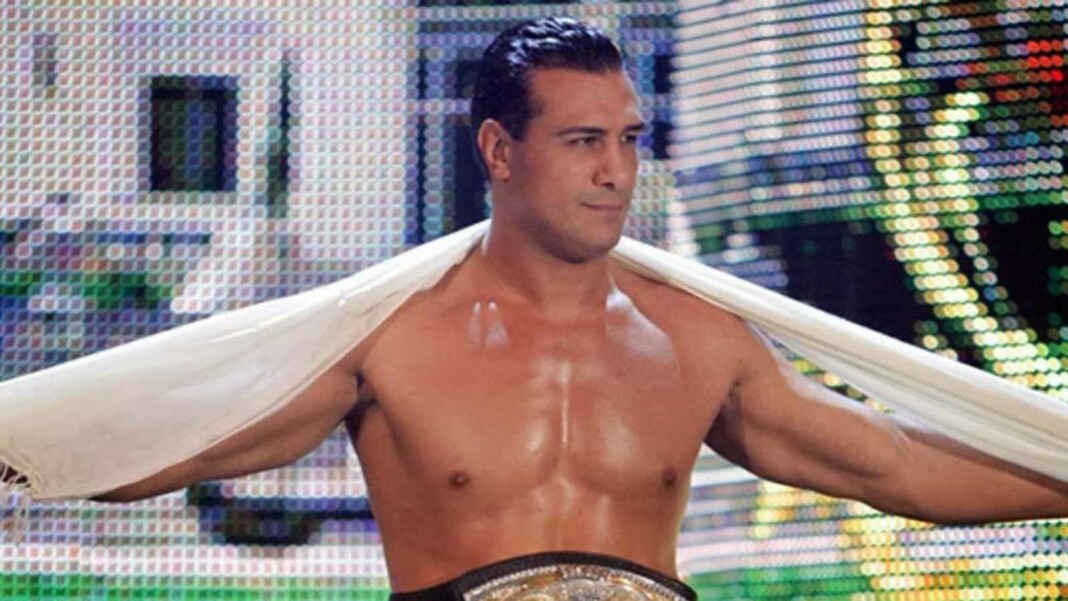 FirstSportz caught up with former WWE and Heavyweight Champion Alberto Del Rio for an exclusive interview. the Mexican-born wrestler has won the WWE Championship and the Heavyweight Championship twice in his illustrated career. he is also the only superstar in the history of World Wrestling Entertainment to have won the Royal Rumble (2011) and the Money in the Bank (2011) in the same year.

Alberto is best remembered for his feuds with Edge, John Cena, Rey Mysterio, and the Big Show. In fact, Del Rio started his first reign as the WWE Heavyweight Champion after getting the better of The Big Show. The 44-year-old is now running his own organization, National Lucha Libre, and says that he would be back to world television very soon.

Del Rio is of the opinion that the year 2011 was instrumental in shaping up his career.

“It was fantastic. It was the moment that changed my life forever. I just remember getting into the building and the main bosses of the company saying ‘Ok Alberto, you’re winning the Royal Rumble tonight, do you know what that means?’ and I was like ‘No way, that is freaking fantastic”. It was a wonderful time for me in my life.”

Talking about the Money in the Bank, Del Rio explained:

“Money in the Bank and all the major titles, I think the only title I did not get in WWE was the Intercontinental title. I think I have been really blessed in my career, of course,

I am in Mexico City right now and I am here closing the deals for my company Nacional Lucha Libre with Imagine TV, promoting shows and I have a huge show coming up on July 31st in Hildalgo, Texas against Andrade, against Carlito, against Epico and Primo Colon, against Blue Demon and Sincara and many many many more superstars.”

Del Rio believes that WWE is the NBA and NFL of pro-wrestling and one can only get in there if he/she is a top performer.

“No all of them. If you are in the WWE, you are there because you are a great performer. WWE is the NFL, the NBA of pro-wrestling. You do not go higher, now these days we have AEW competing against them and presenting a fantastic product but WWE has been out there for many years so we need to give more time to AEW to continue to do great things. But if you work for any of those companies, you are a great performer.

All of them were fantastic to me. I will always remember my days against Edge, Rey Mysterio, The Big Show, Ziggler, John Cena. I became a better performer after working against John Cena and the same against the others. But what I learned a lot from John Cena is how to take the fans through that emotional roller-coaster ride. I am always going to be grateful for my time in the WWE. I know I have had an average time in the past in WWE but after a horrible 2020, I evaluated and revaluated my life and everything that has happened. You know there were some bad things but there were many many great things.”

How WWE helped him to become a worldwide brand

The Mexican-born wrestler explained that WWE gave him the opportunity to establish himself as a worldwide brand.

“There needs to be always a reason behind everything. That’s why I was so successful to put it that way because I went there to learn. I did not go to the WWE thinking that I am Dos Caras Junior, I was the champion of Japan and Mexico and I am a MMA fighter. No, I went there to learn from everybody and I always will be saying thank you, thank you for the rest of my life to amazing people like Dusty Rhodes, Norman Smiley, Dr. Tom Prichard, and Dean Malenko.

Dean Malenko helped me so much because before WWE I was always a baby face. Because many people they do not believe that iI was a babyface before WWE and I was never a heel. I was never the bad guy.”

I do not like being a baby face: Alberto Del Rio

Del Rio loved being a heel more than a babyface.

“I just love being a heel. I do not like being a babyface. In the Indie circuit they always received me as a babyface, thank you to all the fans for all the love but I am like a fish out of the water. But when I am doing the bad guy part i am a fish inside the water, i feel comfortable and that is when the wheels turn in my head and think about what I am going to do to take my fans to that roller coaster ride of emotions. And I have learned all of that from all those amazing performers and all those amazing agents. Arn Anderson I forgot, Fit Finlay, they helped me with advices and learning from them. If you like my work, they put some of their input into shaping me and helping me become Alberto Patron.”

About Alberto’s push by the WWE ending abruptly

Alberto says he was wrong to make some comments which he should never made. But he is of the opinion he is now back and better.

“I do not know, I do not really know and I do not think anyone knows. When they stop pushing them and supporting them it could be many reasons. But now as a promoter, I know that nothing is personal. When I was there I thought it was for personal reasons and I made some mistakes and some comments that I should have never made because there is nothing personal. It is just business. But I did not get it till I became a promoter, till I had my own company, till I became the boss, the real boss, the real Patron.

It was not until that I realized oh my god I was so wrong, he never got anything against me, it was just business. You are going to be the number one performer for one boss but maybe not so much for the other. And I found myself in the same position when I was promoting Nacional Lucha Libre here in Mexico. I had wrestlers coming to me and the rest of the people would say this guy is amazing but for me, I did not see it. I did not see anything spectacular in that guy. And that is when I realized jesus, that is what happened.

So I do not know. Maybe it was time for them to give the opportunity to someone else, maybe they got tired of me, maybe the market changed because this is a business and you have to support and push the number one market. So if Mexico is bringing money you have to push the Mexicans, if India is bringing money you have to push the Indians. It is just business. And now as a businessman I get it and if I have to say sorry I will say sorry for some of the stupid comments I made in the past against some of my employers because I was wrong. I have to admit it I was wrong. I thought it was a personal thing but now I know it was not.”

Alberto opens up about his entrance idea and cars

The favourite answer came at the last and it was a treat.

“That was Kevin Dunn’s and Vince’s idea. It was Vince’s idea. When I made my debut I did not even know that I am going to be using luxurious cars every week. I remember the day of my debut and I did not even know that I was debuting on TV that day. And everybody came to me and said oh man, nice ride, congrats and I was like what is going on? Congrats for what? Later that day I found out that it was the night of my debut was going to be driving those luxurious cars.

And you know after using those cars I fell in love with cars and I started liking them. I started collecting cars and losing cars and again collecting them. It was their idea. The whole Alberto Del Rio character was their idea and I am going to say thank you for letting me be Alberto Del Rio. Of Course, I did my part, I bring it, I brought it every single night. All my fans from India, Pakistan, Qatar, and all those areas, thank you for so much love.”

Everything about Alberto’s next event

Check out the full interview here