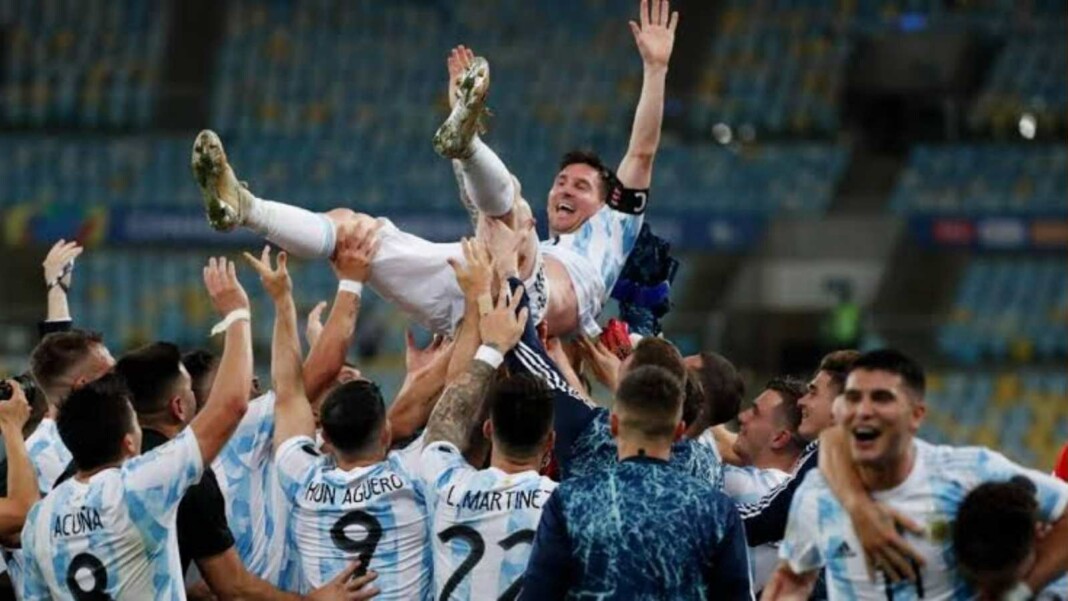 Angel Di Maria’s twenty-second-minute finish off Rodrigo De Paul’s brilliant pass was enough to secure Argentina their first Copa America win of the century as the Albiceleste ran out 1-0 winners against Brazil in the final of the Copa America 2021. Argentina defended for their lives throughout the match, which proved enough to hold on to the slender lead in the end.

In their clash against Brazil, there arose a few interesting statistics, a few streaks broken and many positives drawn from their performance. Here are some of the more intriguing numbers from the game

Emiliano Martinez had a brilliant Copa America 2021 campaign, following up his impressive Premier League showing with Aston Villa. He saved four penalties throughout the tournament with three of them in the crucial penalty shootout win against Colombia.

Ever since their 4-1 loss to Brazil in the FIFA Confederations CupDoes Lionel Messi end the GOAT debate with the Copa America 2021 trophy in his bag final in 2005, Argentina have made it a habit of making it to finals but not scoring in them. They failed to score in all of the international tournament finals they have reached since, the 2007, 2015 and 2016 editions of the Copa America and the 2014 World Cup.

With Angel Di Maria’s delicious lob over Ederson, they broke this drought and that one goal went on to make all the difference in the end.

Angel Di Maria has had a glittering club career, first with Real Madrid and now with French club Paris-Saint Germain. Di Maria won the Champions League with the Los Blancos in 2014, and in that famous 4-1 win over Atletico he had won the man-of-the-match award despite not scoring.

While his performance alone was good enough for the MOTM back then, he now scored the crucial goal against Brazil to once again win the man-of-the-match in a continental final. In doing so, Di Maria became the first footballer to ever win the MOTM award in both the Champions League final and the Copa America final.

#2 First Copa final win against Brazil in 84 years, level on cups with Uruguay

Argentina and Brazil, two of South America’s most popular footballing nations, have been embroiled in a bitter rivalry for many years now. Winning the continental competition final against the other makes it all a little bit sweeter, and that is exactly what Argentina achieved on Saturday.

With the full-time whistle blowing on the game with the score at 1-0, Argentina won in a Copa America final against Brazil for the first time in 84 years. This was achieved at the third time of asking, with Brazil emerging victorious in both 2004 and 2007, when the eternal rivals faced off in the finals. The Copa America 2021 success also saw them draw level with Uruguay on most Copa America trophies won, with both nations having won 14 each.

What truly makes this stat special is the fact that the iconic jersey numbers of the legends are 10 (Lionel Messi and 7 (Cristiano Ronaldo). Hence, 10/7 becomes more special when it seems like these victories were written in the stars.

Also Read: Does Lionel Messi end the GOAT debate with the Copa America 2021 trophy in his bag