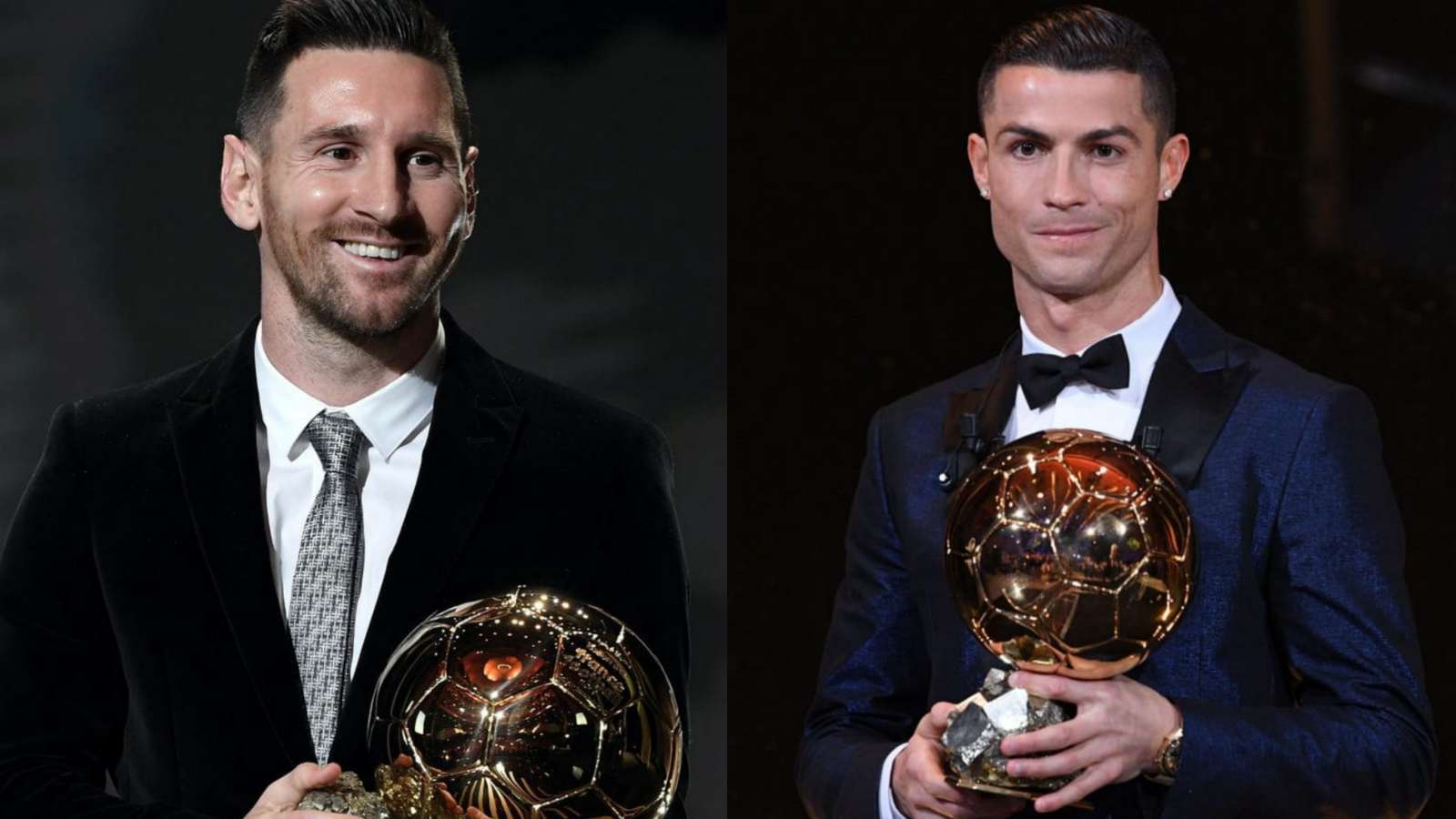 The Ballon d’Or award is one of the most prestigious individual awards in world football, awarded to the best player in the current season for all leagues in the world. Earlier handed out by FIFA in association with France Football every year, the award is now solely given by the France Football Federation after FIFA decided to award The Best separately, with the players voted out by eminent journalists for the top prize.

The Ballon d’Or award has been clinched by some of the best players ever, but Lionel Messi and Cristiano Ronaldo have yet been the most successful in the business, winning six and five times each respectively, making their dominance known in the realm of the game. There have been some offbeat winners too in the award’s 65-year history, who have forever etched their names in the game elite record.

Lets us have a glance at the youngest winners in the history of the Ballon d’Or.

Dynamo Kyiv and Ukraine legend Oleg Blokhin won the Ballon d’Or in 1975, at a ripe age of 23, for his stellar performance that season, beating the likes of heavyweights Franz Beckenbauer and Johan Cryuff.

Blokhin had helped Dynamo Kyiv win the inaugural Cup Winners Cup, following with a feat of scoring all three goals against Bayern Munich in the two-legged UEFA Super Cup that year, which made him a frontrunner for the award. Thus, Blokhin became only the second player from erstwhile Soviet Union after legendary goalkeeper Lev Yashin, who had won the 1963 Ballon d’Or, to bag the prestigious award for the best player.

During the course of his career, Blokhin scored 266 goals from 582 matches for Dynamo Kyiv and scored a further 35 goals in 101 games for the Soviet Union before retiring in 1990.

When George Best bagged the Ballon D’Or award in 1968, he became the youngest-ever winner of the prestigious award in its 12-year history.

The Northern Irishman scored 32 goals in 53 matches in all competitions that season in 1967-68, including one in the final, as he helped Manchester United win their first European title, beating Benfica 4-1 in the finals.

Best was one of the greatest talents to grace the pitch at Old Trafford and will forever be deemed a legend with the Red Devils. One of the finest and flamboyant dribblers to play the game, Best netted 179 goals in about 400 appearances for United and was honoured with a statue outside their Old Trafford stadium, which stands witness to his fame. If not for his addiction to alcohol and undisciplined lifestyle, Best could’ve achieved things that many could only dream of.

When it comes to the topic of Ballon D’Or, the name of Lionel Messi arises automatically, as the most successful player in the history of the prestigious award. The Argentine superstar, who won the 2021 Copa America to break his deadlock with the national team, has won the award a record six times, one more than Cristiano Ronaldo with five, as he surpassed the Portuguese by winning the award in 2019, ten years after winning his first.

Messi had a stellar 2008-09 season with FC Barcelona, as the Blaugranas went onto win six titles, and Messi was the firm favourite to land his first Ballon d’Or that year. Messi triumphed with a landslide victory as he beat his closest competitor and forever rival Cristiano Ronaldo, who had won the award the previous year, by a massive 240 votes, then becoming one of the youngest Ballon d’Or winners.

Messi scored 38 goals during the 2008-09 season, as he helped Barcelona to the famous treble win of La Liga, Copa Del Rey, and the Champions League, and also won the Spanish Super Cup, UEFA Super Cup, and the FIFA Club World Cup later that year to complete a record sextuple.

Messi would later go onto break his own records in the coming season seasons, as he became the first player to win four consecutive Ballon d’Or awards and unarguably one the greatest player in the history of Football.

Michael Owen became the first Englishman in more than two decades to win the Ballon d’Or in 2001, at a ripe of only 22 years.

Although Liverpool couldn’t end their Premier League title drought that year, a young and fearsome Owen helped the Reds win the FA Cup, League Cup, UEFA Cup, and the UEFA Super Cup. With the ball at his feet and the pace he dealt with, Owen was one of the best strikers at that time.

Owen scored 24 goals for Liverpool in all competitions in the 2000-01 season and also netted a crucial goal in the 3-2 win over Bayern Munich, thus helping the Reds clinch the UEFA Super Cup.

Three years after winning the Ballon d’Or, Owen moved to Spanish giants Real Madrid three years later in 2004, but his stint with the Los Blancos was a largely injury-plagued one.

Owen returned to the Premier League at Manchester United, but could never reach the heights he was supposed to, considering his form during his Liverpool days.

Ronaldo Nazario, popularly known as el Fenomeno, became the youngest player to win the Ballon d’Or ever when he bagged the prestigious individual honour after a stellar year with Barcelona in 1997.

Considered as one of the most complete ruthless and yet technically gifted striker the game has ever seen, Ronaldo scored 47 goals in 49 games during his lone season with Barcelona from PSV in 1996-97.

Ronaldo helped the Catalan giants to the Copa del Rey, Spanish Super Cup, and Cup Winners Cup win, as the Blaugranas missed out on the La Liga title that year by just two points. Ronaldo won both the Ballon d’Or and FIFA best player award that same year, before securing a move to Inter Milan, as he went onto becoming a Serie A legend.

Five years later, Ronaldo went onto win his second Ballon d’Or with Real Madrid, and to date remains the only player to win the Ballon d’Or award before his 22nd birthday. In spite of his injury-plagued career, later on, Ronaldo is yet considered to be arguably the most lethal and technically gifted striker to grace the game ever.

Also Read: Euro 2020 Award Winners: From the winner of Golden Boot to the Player of The Tournament, full list of award winners of Euro 2020