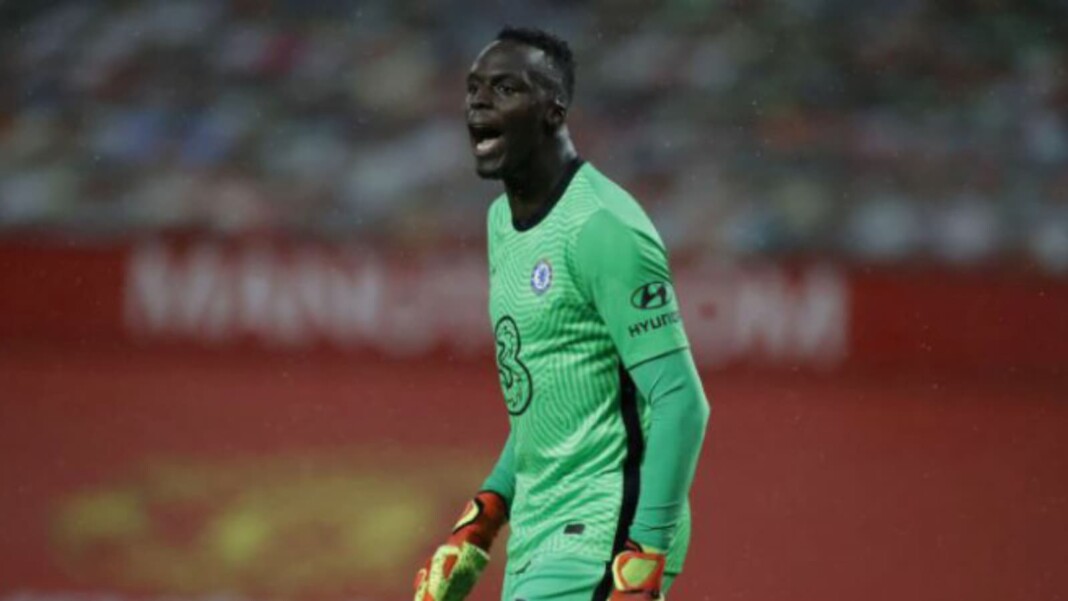 Chelsea’s Edouard Mendy was surprisingly snubbed by France Football as he was not selected for the 30-man shortlist for the award later this month. The Senegalese international had a stellar first season at Stamford Bridge keeping 16 clean sheets in the Premier League, 9 in the Champions League one of those coming against Manchester City in the final as Chelsea went on to lift the trophy for just the second time in the club’s history back in May beating their Premier League rivals 1-0.

Chelsea were also victorious against Villarreal in the UEFA Supercup. However it came as a shock to football fans around the world and Mendy himself after he was reportedly omitted from the 30-man shortlist of Ballon D’or. His teammates Cesar Azpilicueta, Mason Mount, N’golo Kante and Jorginho all made the shortlist while the latter helping Italy in winning the Euro 2020.

Here is what Edouard Mendy had to say

“It’s something that motivates me and pushes me to work. Honestly, I am wondering, If I had played for France and had taken part in the [European Championships], would we have this debate and this reflection?”

However the goalkeeper respects the decision and the voting and wants to even better for his club and country. “It’s something that motivates me to go forward, to work and to perform at club level and with my country. As I said after the game with the national team, it’s the journalists’ freedom of vote and expression, and they vote honourably and conscientiously.” The former Rennes player added.

Mendy also won the UEFA best goalkeeper award for 2020 beating the likes of Manchester City’s Ederson and Real Madrid’s Tibaut Courtois. However Gianluigi Donnarumma is the only goalkeeper who made the 30-man Ballon D’or shortlist after his heroics for Italy at the Euro 2020 helping his country to lift the coveted trophy.