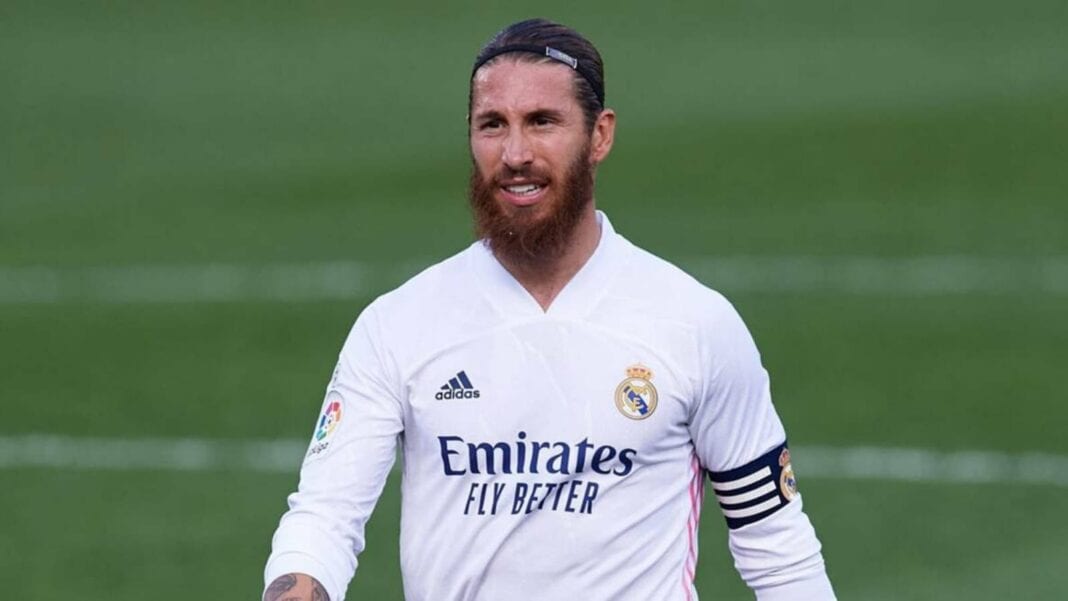 Sergio Ramos, the 35-year-old played for Real Madrid for 16 years winning 5 La Liga titles and 4 Champions League titles. The center-back will not be a hot property this transfer season as age is a big factor but being a free agent Ramos can hope for an attractive offer from a well-known club that arrives at his doorstep.

The skipper would be remembered as one of the greatest players of all time in La Liga as well as European football history. We have prepared a list of clubs that could be his options in the future. We take a look at 5 such clubs who the defender might opt for in the new season.

With Leonardo Bonucci and Giorgio Chiellini in the ranks alongside Merih Demiral and Mattijs De Ligt the defense consists of youth as well as experience but if Bonucci or Chillieni are released by the Turin side, Ramos would be in the race. Juventus has made some smart buys in the past by signing big players like Paul Pogba, Aaron Ramsey, Cristiano Ronaldo, and Dani Alves, and this time Ramos could be the next big scoop.

When Ronaldo signed for Juventus in 2018 Real Madrid’s domination in the La Liga was questioned but Ramos’ solid display and consistency won the title for the Los Blancos last season.

Manchester City has always used its financial might to get hold of a big player but this time around the Etihad outfit already has a pack of talented and seasoned operators at the back. With Ruben Dias and John Stones doing a brilliant job at the back and Aymeric Laporte adding additional muscle alongside an experienced Kyle Walker, a move to Manchester City looks doubtful.

Still, manager Pep Guardiola would like to go for this bid as a secondary option. As per recent reports, Manchester City FC is ahead of trying to get hold of Ramos so a move to Manchester City is still a possibility.

The Ligue 1 heavyweights would relish Ramos’ inclusion as the Parisians need someone who could provide stability at the back as after the departure of Thiago Silva the team needed someone tactically reliable, as well as an experienced campaigner.

Ramos is a combination of both and has the reputation of delivering at significant stages. Paris St Germain hasn’t won the Champions League and Ramos could be the source to win the Silverware.

Ole Gunnar Solskjaer would welcome the Spaniard with open hands but Ramos is on the wrong side of the ’30s and Soslkjaer has opted for the inclusion of fresh legs that can add more solidity at the back which is why he is emphasizing the inclusion of Raphael Varane who could match the stubbornness of Harry Maguire. Still, a centre back who has vast experience of playing in European competitions like the Champions League would be an added feature so Solskjaer might go for this bid as a backup option.

Also Read: Who is Denzel Dumfries? All you need to know about the Euro 2020 sensation.