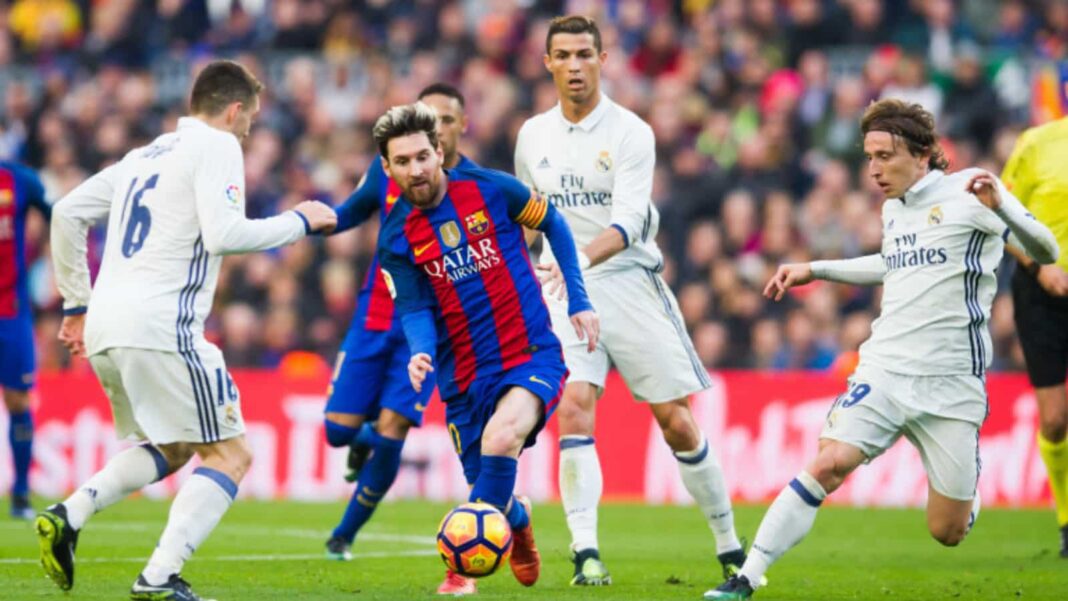 Any El Classico game is a treat to watch as fans have cherished this celebrated rivalry over the last so many years between two of the most reputed and competitive clubs in Spanish football. Both Real Madrid and Barcelona FC have dominated Spanish as well as European football as both teams have achieved greatness at the highest level.

Over the years we have witnessed some legendary players representing these clubs and entertaining us with some power-packed performances. In this piece, we are about to discuss the 5 greatest moments of previous El Classico encounters.

Former Dutch legend Johan Cruyff mentored the Catalans that comprised some star performers like Pep Guardiola, Ronald Koeman, Michael Laudrup and Romario. The legendary star was instrumental in shaping the club’s future both as a player as well as a manager.

It was a cracking performance by the Catalans as Romario scored a brilliant hat-trick to outwit the Los Blancos.

Los Blancos avenged the loss of the previous season thumping the Catalans with the same scoreline. Manager Jorge Valdano strengthened the team in every department by assembling some of the best stars like Luis Enrique, Ivan Zamorano, Fernando Hierro etc.

Valdano was smart enough to negotiate and bring Michael Laudrup from Camp Nou to Bernabeu. Chile striker Ivan Zamorano scored a hattrick as the Los Blancos dominated the Catalans in the entire game.

Jose Mourinho had taken over the reins of the club that summer and very cleverly made some tactful changes in the squad ahead of the game which took Real Madrid by surprise.

During Pep Guardiola’s tenure as Barcelona FC manager, the team looked a lot more intense and compact in every department. The Spaniard was instrumental in making the Catalans world-beaters in European football.

This particular game looked difficult for Barcelona as it was played at the Bernabeu and it was tough for any team to beat Real Madrid at Bernabeu but the outcome of the game was completely different. Barcelona hammered Real Madrid easily. Real Madrid looked like dancing puppets in front of Barcelona’s frontline. Lionel Messi, Carles Puyol, Thierry Henry and Gerard Pique registered their names on the scoresheet.

Real Madrid won its first trophy under the mentorship of Jose Mourinho. The entire season was unsatisfactory for the Los Blancos as they were trophyless in the entire season until this win gave them much-needed relief.

The game went in extra time as it went goalless for the entire duration of 90 minutes. Cristiano Ronaldo as always was at the forefront to produce the goods. The charismatic striker’s extra-time winner brought smiles to the faces of the fans who celebrated all night.