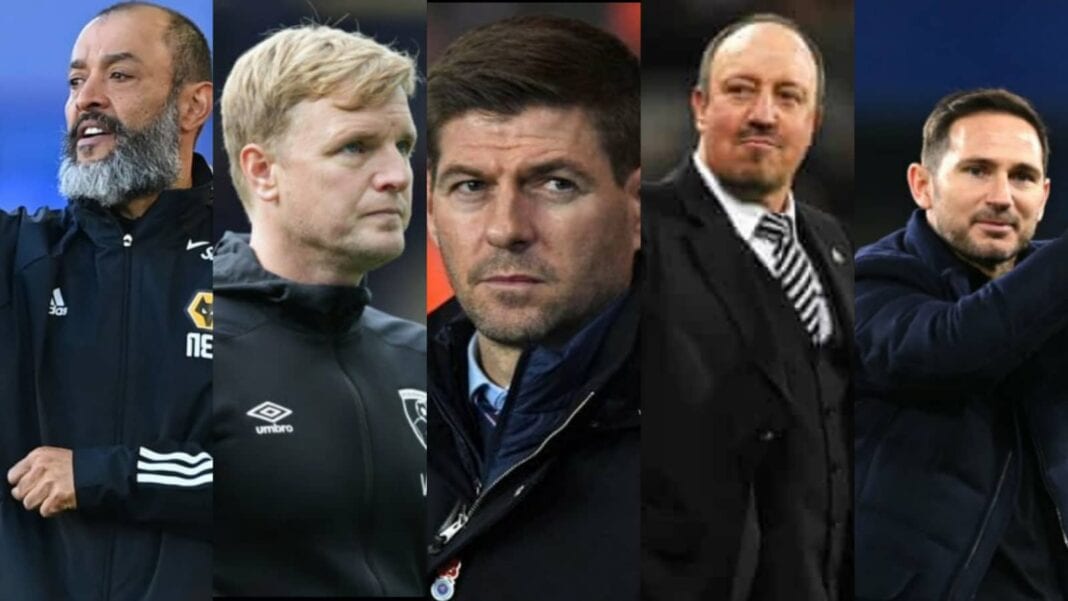 It was a surprising move when Carlo Ancelotti was reappointed as Real Madrid FC manager recently. The 61-year-old manager spent 18 months at Goodison Park where he started on an impressive note as Everton FC went strength to strength but suddenly lost its way finishing 10th in the League.

Ancelotti will look to stamp his credibility at Bernabeu but amidst this pundits and fans have expressed their views and opinions about the possible replacements that could match Ancelotti’s stature and who could provide the right momentum in the long run. Keeping in mind the resources Everton FC possesses the team can prosper if the higher authorities pick a candidate who is tactfully expressive while working with the players and who could prepare a team for the future.

Who can replace Carlo Ancelotti?

One of the name’s that is making waves at the moment is that of Steven Gerrard who was a combination of technical skills, creativity and aggressive football during his playing days at Liverpool FC. These traits would definitely help Everton FC propel to another level. Gerrard produced a remarkable turnaround as Rangers FC manager when the side won the Scottish Premier League this year.

Nuno Espirito Santo is another name that is doing rounds as the 47-year-old manager left the post of Wolverhampton Wanderers FC in May but under him, Wolves finished 7th in the 2019-20 Premier League season and 13th this season. Although the side had less experience at the Premier League level the team made decent progress under his guidance. The Portuguese would be eager to take on the new role but at the same time Crystal Palace FC too, is eager to get him on board.

At the same time, former Bournemouth FC manager Eddie Howe who is out of work since last August hasn’t given up hopes to take on the new challenge. The 43-year-old manager has done a fine job for the Cherries in the past but Bournemouth FC couldn’t qualify for the 2020-21 Premier League season which might go against him. However, this could be another chance to revive his career.

Another big name that is in the race is that of Frank Lampard. Although the 43-year-old was removed as Chelsea FC manager in January but the former Chelsea FC forward was an equal contributor in the Blues’ recent Champions League success. Given this role, Lampard will have a bright managerial career because of his experience of playing at the top level, his organized man-management and his tactics to pick the right combinations. At least this time around he needs to be given a longer run if he bags this role.

One of the brightest prospects to bag this role at the moment is Rafael Benitez. The 61-year-old manager has the distinction of winning the Champions League when he was Liverpool FC manager in 2005. Benitez is largely underrated as compared to some highly reputable names but the Spaniard is capable of bringing the best out of ordinary players and has done this in the past also.

Benitez is known for his tactful and bold decision making with his clever selection policy and his ability to make clever substitutions at the right time. Benitez is competent to make full use of the limited resources. It would be a big challenge and a tough choice for Everton FC bosses to bring a replacement for Ancelotti but whoever is appointed needs to be given enough time to build a team keeping a long term process in mind.

Also Read: From Owen to Cruyff: The biggest traitors in football history who played for the arch rivals