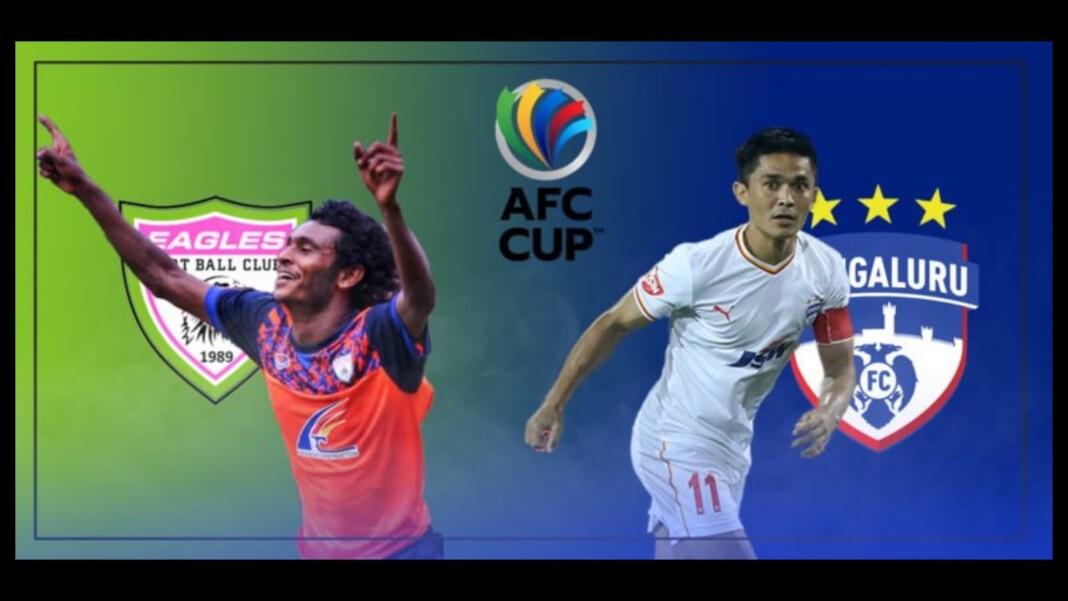 The winner of the playoff, initially which was scheduled to be played in may got postponed due to the COVID-19 pandemic, will advance to Group D of the 2021 AFC Cup

Club Eagles will be playing this Sunday without Ahmed Rizwan as their head coach Mohamed Shazly confirmed in the local media that the striker is still in recovery from an injury. The home side however won’t be lacking in experience with the likes of Ali Ashfaq, Akram Abdul Ghanee, Ali Fasir, Mohamed Arif, Ismail Easa, Ahmed Hassan as well as goalkeeper Mohamed Faisal will play for the Maldives’ side.

Bengaluru FC led by Sunil Chhetri will hope to begin their season on a positive note as they face Club Eagles of Maldives in a playoff match of the AFC Cup this Sunday. Bengaluru secured an emphatic 5-0 victory over Nepal’s Tribhuvan Army in the preliminary round in April while Club Eagles had beaten Bhutan’s Thimphu FC 2-0.

Bengaluru, finished seventh in the ISL last season. Although they finished low in the ISL, they have thrived in the AFC cup, having finished runners in 2016 and making the Inter zonal finals in 2017 and the semi finals a year later.

The playoff winner will join ATK Mohan Bagan, Bashundhara Kings of Bangladesh and Maiziya Sports & Recreation of Maldives in Group D. The winner will also be playing against ATK Mohan Bagan in their opening clash. The Group D winners will advance to the Inter Zone semifinals against either FC Nasaf of Uzbekistan or FC Ahal of Turkmenistan from the Central Zone.

The match between Bengaluru FC and Club Eagles will take place in Maldives National Football Stadium on Sunday 15th August.

Bengaluru FC have a little bit of upper hand over Club Eagles. We can expect Bengaluru FC to win the match 2-0 against the Maldives team, Club Eagles

TV Telecast: No information so far

Live Streaming: No information so far.

But, live updates can be followed on the clubs’ respective social media pages.