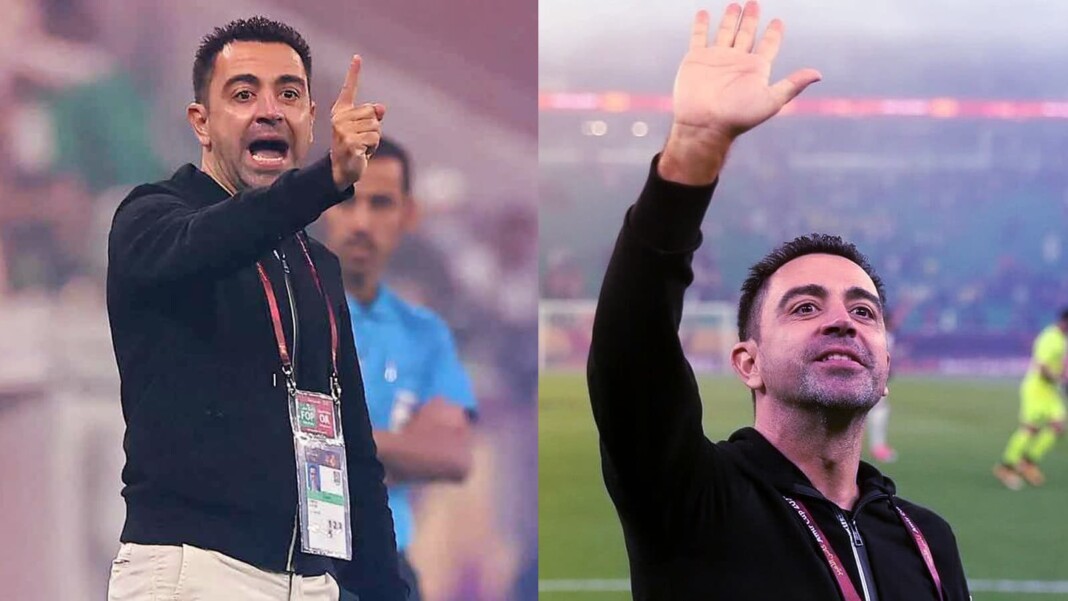 Xavi Hernandez has become a major and vital part of the Qatari club Al Sadd as his run has been nothing but very positive for the Club. Under the management of the Spanish superstar, Al Sadd has won seven titles and is currently also in a terrific form as they look to bag more.

After the departure of Ronald Koeman, Joan Laporta President of FC Barcelona has turned to Xavi Hernandez with the request to take over Barca as the head coach. Xavi Hernandez had absolutely excellent stats with Al Sadd having an win percentage of about 68 percentage.

The Al Sadd fans have recently started #XaviStay campaign as they does not look forward to let go of the Spanish manager. When aksed by reporters Xavi said, “I am focused on my work with Al-Sadd and I won’t talk about anything else.”

Al Sadd has been currently at the top of the table in the Qatar Stars League as they continue to maintain their unbeaten streak for the last 34 games and 7 games in this season. They even won the Emir cup this month beating Al Rayyan in the penalties.

Also Read: Cristian Eriksen’s career in Inter Milan wraps up as he receives a ban from FIGC barring him from playing in any Italian competition