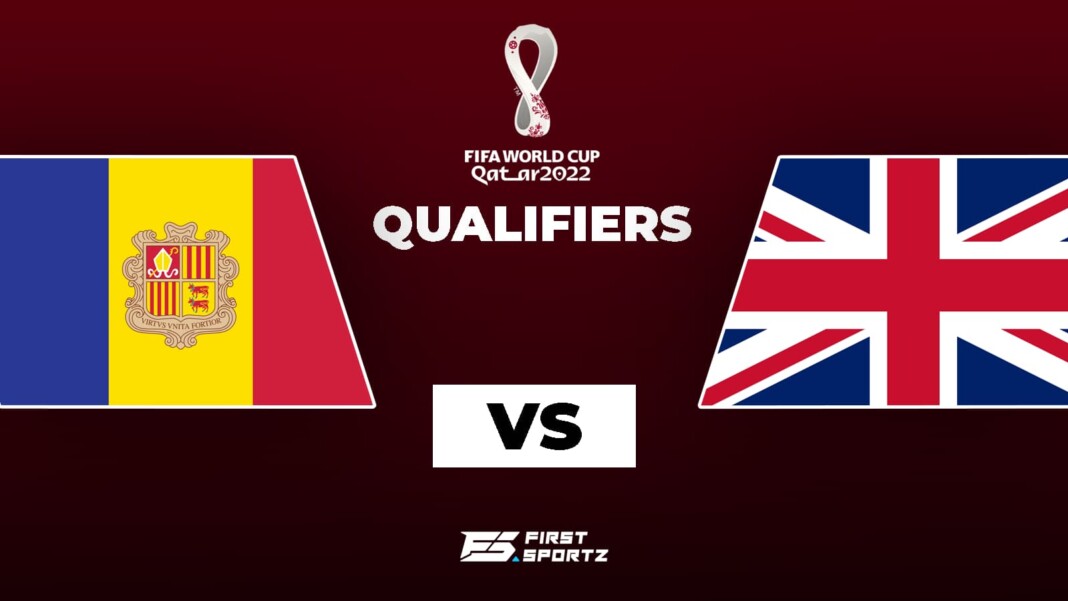 In the seventh matchday of the Group I FIFA World Cup 2022 World Cup Qualifiers, Andorra are all set to host England in their backyard on Saturday. The game has a special feature with an all female refereeing team officiating the game. Ahead of the Andorra vs England game, here is our preview, prediction and live streaming details.

Andorra and England have played contrasting football in the ongoing World Cup Qualifiers. Andorra have just three points to their name in the six games that they have played whereas England have managed to collect 16 out of the possible 18 points in the Group stage.

Marc Pujol and Jordi Alaez will return to Andorra and are eligible to face the game against England after they missed the game last time. On the other hand, the team will miss the services of Albert Alavedra, Moises San Nicolas and Marcio Vieira after these players received yellow cards against Hungary.

For England, Harry Maguire, Reece James and Kalvin Phillips are unavailable for the team owing to their injury concerns. The replacements have been called up for the team.

The game between Andorra and England will be played at Estadi Nacional. Estadio Nacional is located in Andorra la Vella and can accommodate upto 3000+ fans at the venue. Though a small stadium, the fans are completely passionate about their national side.

Andorra and England are poles apart in the ongoing World Cup qualifiers. England carried the momentum going to the qualifiers. On the other hand, Andorra will try to salvage the pride in the rest of the games. We predict England to take home all three points with talent and the experience they have at their disposal.

The game between Andorra and England is streamed live on ITV Hub in the United Kingdom. For the Indian fans, the game is live on Sony Liv, the OTT platform. It is live on ESPN2 and TUDN for the United States of America football fans. The Australian fans can watch the game live on Optus Sports.