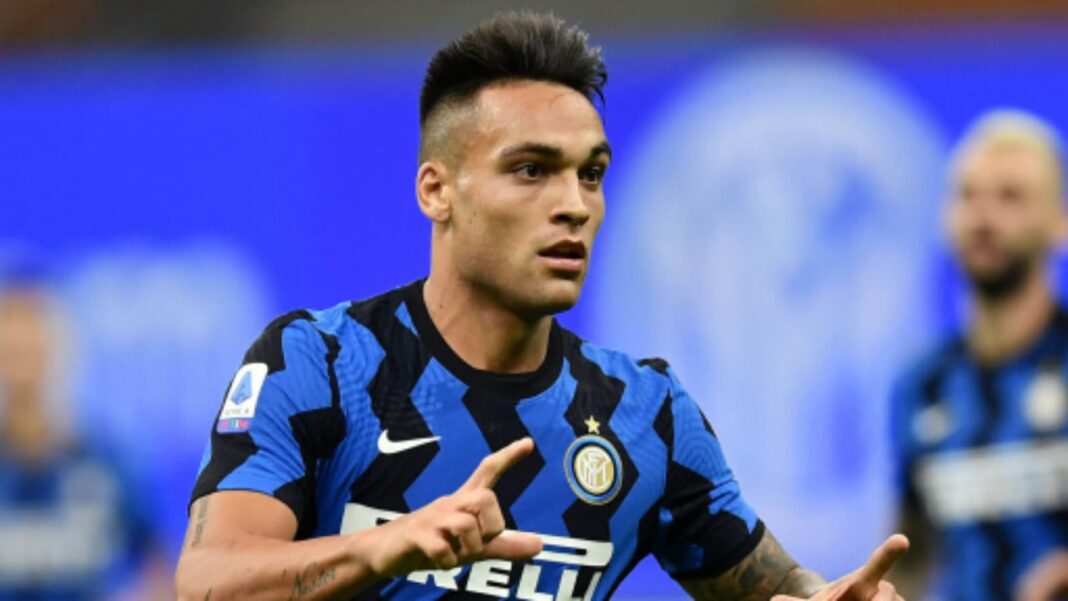 With the transfer season witnessing some very exciting bids we might see some surprising moves in the next few days. One of the transfer rumour that was at an advanced stage but looks difficult to materialize in the future is that of Inter Milan FC centre forward Lautaro Martinez. The 24-year-old is a prized possession at the moment with big clubs vying to get the Argentine in their dugout. As per recent reports, the deal could be difficult to materialize as Chelsea FC is looking in a strong position to close in on Romelu Lukaku which means that Inter Milan might try to keep Martinez. Arsenal FC was in the race for the centre forward and even Martinez was interested to start his association with the gunners.

Inter Milan would be hoping the striker stays at the club as Martinez was pivotal in the Nerrazzuris emphatic title win in the Serie A last season but on the other hand, the club is facing financial problems which made the club bosses sell Achraf Hakimi to Paris St Germain. Inter Milan already has some big names like Christian Eriksen and Alexis Sanchez and the club has invested heavily on these players. Inter Milan FC fears it might lose Romelu Lukaku as Chelsea FC is interested in the star striker. Even Barcelona FC was interested in Martinez but due to the financial crisis in the club, it might not materialize.

Martinez and Lukaku formed a deadly frontline combo last season for Inter Milan as both players looked in prime goal-scoring form and both communicated well on the field. Losing any one of them would be a big loss. Arsenal has made some surprising inclusions ahead of the new season which clearly highlights manager Mikel Arteta and the club bosses intention to restructure and rebuild the side for the long run.

Arteta and the club bosses are also vying for Leicester City midfielder James Maddinson and Sheffield United goalkeeper Aaron Ramsdale. Arteta has stressed on inclusion of fresh legs who could provide more productivity for the future and the additions of Ben White, Albert Sambi Lokonga and Nuno Tavares clearly points to the club’s future project. So why Arsenal should still try to buy Lautaro Martinez?

Why gunners should still try to buy Lautaro Martinez?

The Argentine is just 24 years old and keeping in mind the talent he possesses the striker could be a hot prospect for the future. Martinez helped Argentina win the Copa America for the first time since 1993 and helped Inter Milan win the Serie A last season breaking the domination of Juventus FC. Martinez has looked in stellar goal-scoring form since the last 2 seasons and in the last season the Argentine scored 17 goals in 38 Serie A games with 10 assists to his name and 1 goal in 6 Champions League games with 1 assist to his name.

Tottenham Hotspur is also interested to sign the striker. Keeping in mind the recent additions it looks Arsenal wants to be in the guild of the best clubs like it was before. Since the last 3-4 seasons Arsenal’s performance has been below par and Arteta and the club’s top authorities are making some serious moves to make them title contenders. Martinez’s inclusion will add acceleration in the forward line as the centre forward is a combination of technical craft, pace and attacking fluency.

The 24-year-old has the intelligence to link up smartly with the midfield. The Argentine has got the legs to outrun the opposition with his creative yet skillful runs and dribbling. Well, his scoring prowess can’t be undermined as Martinez is a brutal finisher on his day. The former Racing club player can outrun the opposition with his elegant and quick footwork. Although the deal could be difficult to materialize at the moment Arsenal should still try to give it a go as Martinez’s inclusion would add enough firepower in the forward line and Arsenal should try to make this deal successful

Also Read: Why Arsenal should still consider a move for Lautaro Martinez despite Chelsea closing in on Romelu Lukaku?