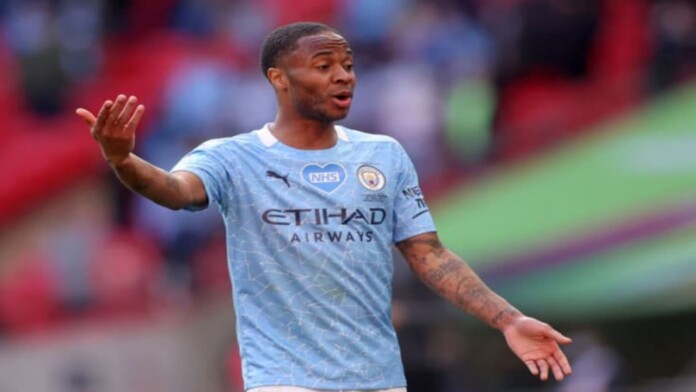 According to the recent reports published on the sports media outlets, Arsenal are plotting a shock move to sign the Manchester City forward. Pep Guardiola and Manchester City are willing to sell Raheem Sterling in the upcoming summer transfer window and Arsenal are looking to cash in on the situation.

Sergio Aguero is set to depart from Manchester City after the Saturday’s UEFA Champions League finals and the club is looking for players to replace the legend. Players like Haaland and Kane are in Pep Guardiola’s sights and it needs huge funds to assist the deal. Manchester City are looking to fund the deal by selling few players and Raheem Sterling is one of the players being made available in the summer.

What is the rumor about Raheem Sterling?

One of the sports outlets, Daily Mail, stated that pep Guardiola is plotting to refine Manchester City Squad after the Champions League finals and several players are on the line of fire. Former Barcelona manager, Pep Guardiola, wants to enter the fresh era of dominance in both England and Europe with some stellar signings. Before that, the manager wants to offload a few players.

Ever since his move to Manchester from Merseyside, Raheem Sterling played the least number of matches as well as started very few games for the first time in the last five years. In 28 starts in the English top-flight, Raheem Sterling scored 17 G/A (ten goals and seven assists) and it is the least since the 2016/17 season. The player had a negative np: G-xG stat in the 2020/21 season indicating his poor form in the ongoing season.

Arsenal manager, Mikel Arteta worked with Raheem Sterling during his stint with Manchester City and the Gunners are looking to use this to their advantage. However, the lack of European football and financial condition might affect Arsenal’s ability to land the player.