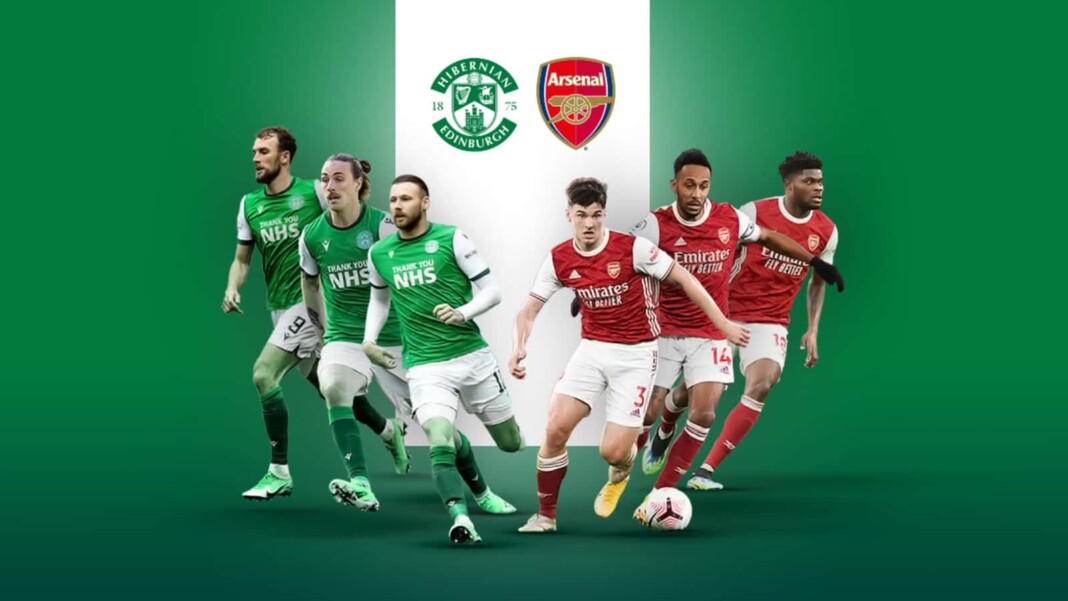 A new season, but the same old Arsenal FC. The North London Premier League club have started their pre-season on the worst possible note as their first match against Hibernian ended in a defeat at Easter Road.

Mikel Arteta’s side had travelled to Scotland to play the first of their two pre-season matches first against Hibernian, and it ended on a sour note as they fell to a 2-1 defeat. Emile Smith Rowe pulled a late goal back but goals from Martin Boyle and Daniel Mackay for Hibs were enough for the win.

Mikel Arteta fielded a decent side, having the likes of Aubameyang, Nketiah, Cedric, Willian and Mohammed El-Neny in his starting lineup. He gave a first start in an Arsenal shirt to the 20-year academy goalkeeper Arthur Okonkwo and the youngster had a horror night before being subbed off after the first 45 minutes.

Nketiah, Aubameyang and Nelson all missed glorious chances for the Gunners inside the first 20 minutes of the match to score before Hibs took the lead through a horrific mistake from Okonkwo in goal. The youngster missed his kick under minimal pressure allowing Martin Boyle to tap in for Hibernian.

Arsenal dominated possession but failed to create clear cut goal scoring chances for themselves for the rest of the half. Hibs then grabbed their second goal in the second half through a headed goal from a corner, when Daniel Mackay scored from a close range header, following some poor defending.

Nicolas Pepe missed a penalty moments later to bring Arsenal back into the game. However, the Gunners finally found the back of the net in the 81st minute through substitute Emile Smith Rowe, but failed to secure a equalizing goal in the remaining minutes of the match.

Arsenal will next take on last season’s Scottish Premier League champions Rangers FC in their second pre-season fixture before heading off to the US to play in the Florida Cup.