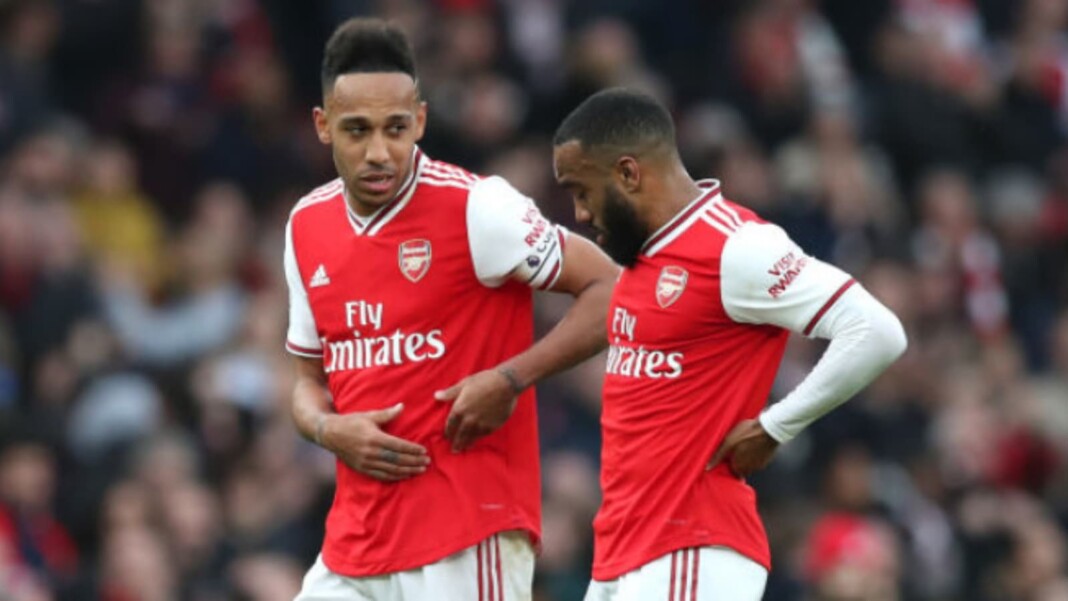 Mikel Arteta and Arsenal are all set to experience further problems in the Premier League as their leading strikers- Pierre Emerick Aubameyang and Alexandre Lacazette are major doubts for their next fixture against rivals Chelsea. The Gunners suffered a shambolic 2-0 defeat against Brentford in their first match of the season.

Both Aubemeyang and Lacazette featured for Arsenal in pre-season, but the club’s two star attackers did not make the matchday squad for Friday’s Premier League opener.

Arteta is unsure if he will have his star strikers back for the derby game.

“”[Aubameyang and Lacazette] feel unwell, that’s all I can say. I don’t know [if they’ll be available for the next game],” he told the BBC. “What I can control and help, I’ll put all my enthusiasm and work into that.

“It is [a big miss] but in a world we live in I think the only permanent thing now are changes instead of seeking for excuses, we’re seeking for solutions.”

As Arsenal’s main strikers, continued to be absent from training due to injuries, Mikel Arteta was forced to field an inexperienced centre-forward in Folarin Balogun, who struggled to make an impact in the match as they were outplayed by the Bees in all departments. However, despite his struggles up front, Mikel Arteta will have to use him as the lone striker yet again for their derby match against the Blues on Saturday.