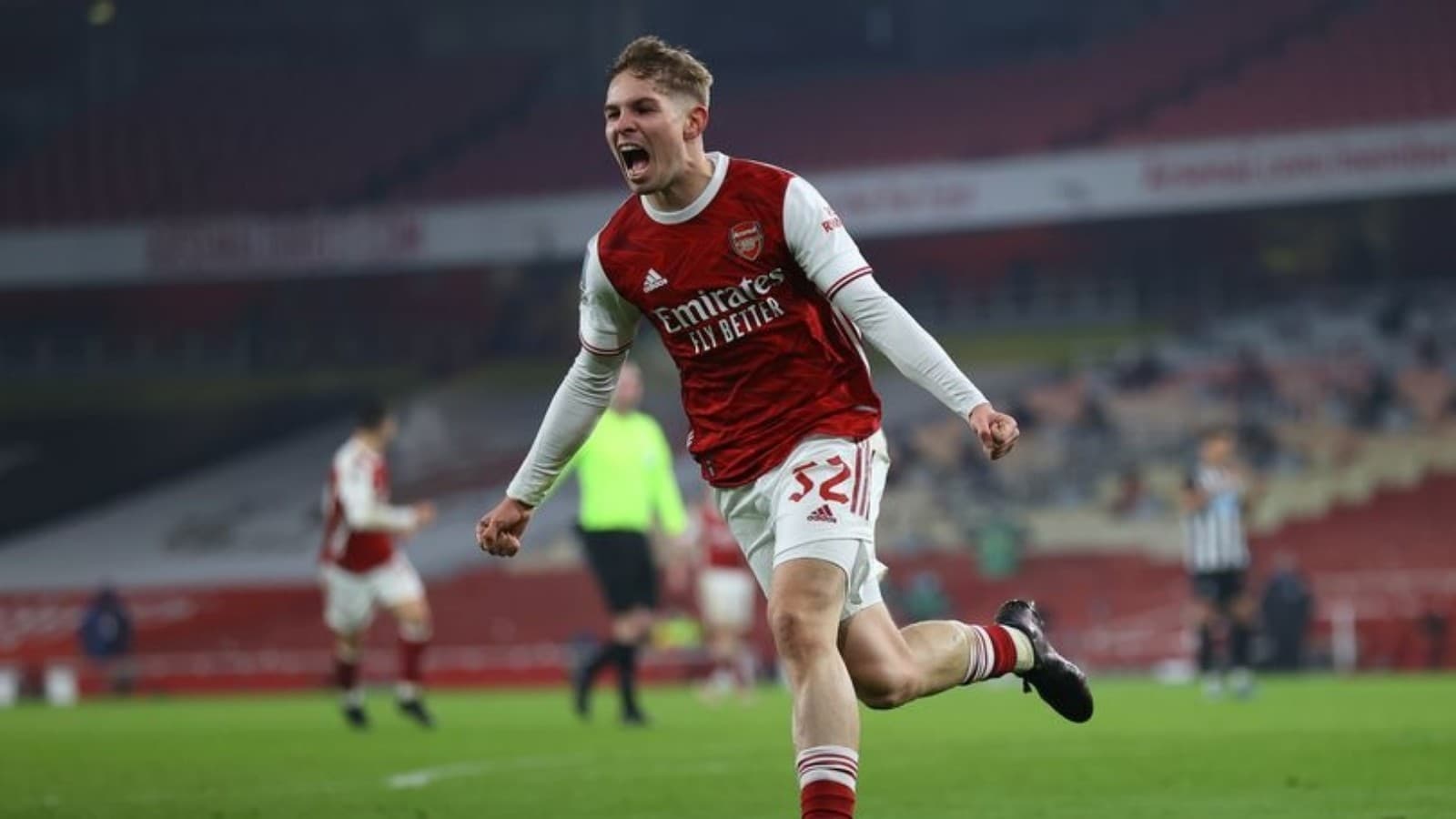 Aston Villa are preparing to make a second offer for Arsenal’s talented youngster Emil Smith Rowe, who largely impressed in the Gunners lackluster performance last season in the Premier League.

Aston Villa last season turned out to be a surprising package in the league as they punched way above their weights. The Birmingham outfit who narrowly managed to avoid relegation in the 2019-20 season, turned up as the finished 11th in the league but that does not tell half of the story.

Aston Villa were leading the Premier League table in the initial stages of the season and continued their magnificent form before they ran out of steam to fall into the 11th place. However the Dean Smith lead team are looking to surmount a challenge for the European spots this season.

Arsenal is adamant that they won’t sell Smith Rowe

Aston Villa had an initial bid of 25 million pound rejected by Arsenal who has made it clear that Emil Smith Rowe is not for sale.

However that has not backed off Aston Villa who are lining up a second bid to secure the services of Emil Smith Rowe and test Arsenal’s resolve to hold on to their highly rated youngster.

Emil Smith Rowe was quick to impress the Arsenal faithful. After a barren run of form from Arsenal last season, Emil Smith Rowe’s integration into Mikel Arteta’s squad showed positive result and a turn-around in form as the youngster went to make 20 appearances for the club in the league last season.

Villa showing ambition: Will Arsenal sell to a direct rival?

Villa is showing great ambition as they look to challenge for the European spots this season. They are looking to ease the creative burden from their club captain Jack Grealish as they look to play Emil Smith Rowe alongside him.

Arsenal has already lost a bidding war to their direct rivals Aston Villa over Emi Buendia, the Norwich City winger. They are quite adamant that Emil Smith Rowe will commit to a long term contract at the London club; however recent mishandlings of youngsters like Guendozi, William Saliba are surely to cast a shadow over the contract situation.

Villa are strongly padding up for another good Premier League season, as they have already brought in Emi Buendia from Norwich and veteran Ashley Young from Inter. They are prepared to hand a new contract to Jack Grealish to fend off interest from Manchester City with growing speculation over that City are preparing a 100 million bid.

Football Writer at FirstSportz. I am an aspiring Biotechnologist persuing my B.Tech. I have been following Manchester United and the Selecaos since 2005. I not only follow football ardently but I actively play the sport at my local clubs and have played various tournaments representing my school and at college level too