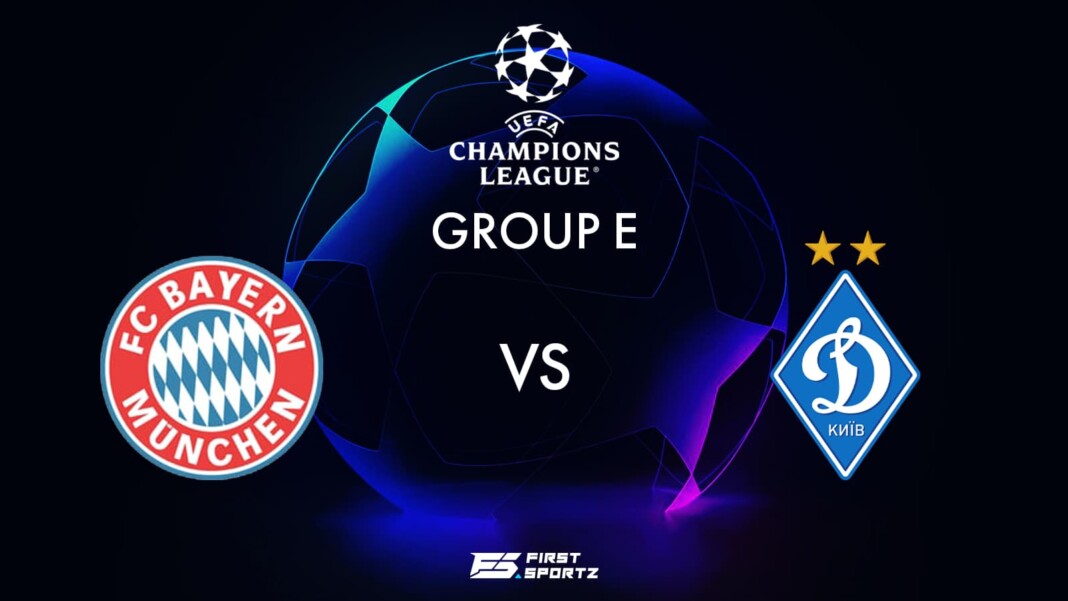 In the Group E clash, the German champions Bayern Munich are all set to take on Dynamo Kyiv in the Champions League game on Thursday. The German giants will look to consolidate their position on the CL points table with a win. Ahead of the Bayern Munich vs Dynamo Kyiv game, here is our preview, prediction and live streaming details.

After a draw in the first game of the Bundesliga 2021/22 campaign, Bayern Munich have registered five wins on trot. Also, they registered an emphatic victory against Barcelona in the Group E fixture of the Champions League. With players in fine form, Bayern will look to dominate the game against Dynamo Kyiv as well. For the fixture, the German champions will miss the players like Sven Ulreich, Corentin Tolisso and Kingsley Coman.

Dynamo Kyiv are unbeaten in the Ukrainian top-flight and will have a point to prove when they lock their horns with Bayern at Allianz Arena on Wednesday. In the opening fixture of the Champions League 2021/22 campaign, they played out a 0-0 draw. For the crucial fixture, Artem Besedin, Denim Popov and Eric Ramirez will not be available for the team owing to injury.

The German giants, Bayern Munich are all set to host Dynamo Kyiv in their backyard, Allianz Arena in the midweek clash. The stadium has the seating capacity of 70,000 fans on a match day.

The Bundesliga champions aer coming off a victory against Barcelona in their previous Champions League game. Dynamo Kyiv will offer a resistance but that might not be sufficient enough to withhold Bayern Munich. We predict Bayern to take home all three points on Wednesday.