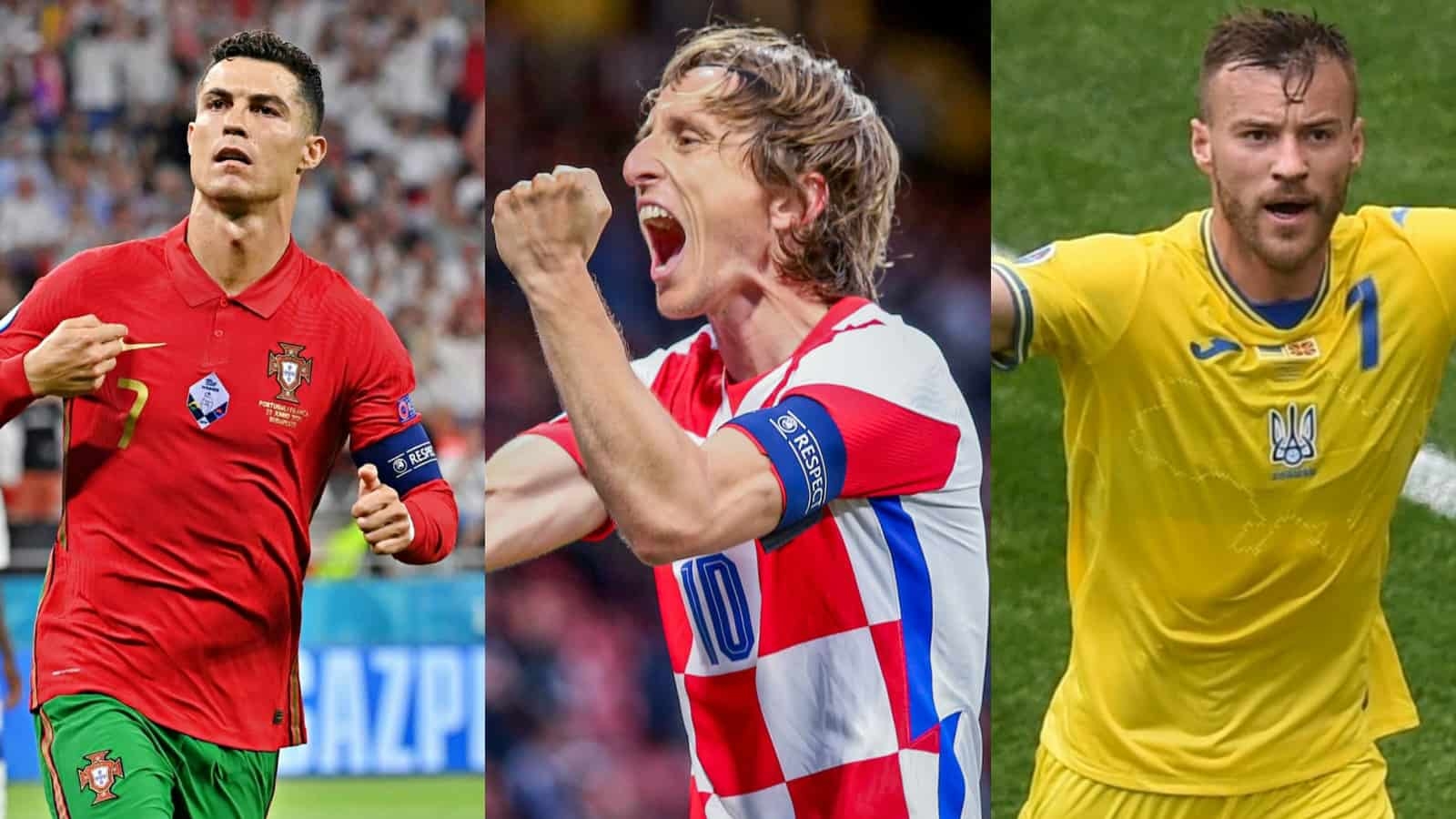 All of the Group games of EURO 2020 have been done and dusted with and 8 teams have been eliminated already. The remaining 16 teams would fight it out over the coming two weeks to prove themselves as the worthy winner of the tag of European Champions.

The European Championships is one gift which just keeps on giving. And with all the quality players in action for their respective national strikes we have had some stunning goals, assists and moments of magic which is worth looking back at. In this article, we try to look back at the best goals of EURO 2020 so far up until the group stages.

To start of with, we have an excellent team goal scored by Portugal in their second group match against Germany. The move came from an exhilarating counter attack, as Cristiano Ronaldo cleared a corner inside his penalty area and raced forward to the other end of the pitch in exactly 14 seconds. Bernardo Silva moved ahead with the ball and provided a delightful cross for Diogo Jota who set-up Cristiano Ronaldo in front of goal to simply tap the ball into goal.

Andriy Yarmaleno scored Ukraine’s first goal of EURO 2020, with an exceptional individual strike. Trailing 2-0 against, the Dutch in the 70th minute, Yarmalenko received a pass and cut into the right side to thunder a strike with his left foot.  Yarmolenko unleashed a ferocious curler into the top corner and began a comeback of sorts for the Ukraine team.

A goal for all of Denmark, came from Andreas Christensen in their must win final match of the group stages against Russia. The scoreline was at 2-1 in favour of the Danes, but Russia had started a comeback by scoring a penalty. The jitters could be felt in Copenhagen , until Christensen stepped up to put the result beyond doubt. The ball fell to Christensen, who made a run from his half and thundered an accurate powerful strike through a horde of Russian players to find the top corner. he later celebrated by gesturing NO.10 for his teammate Christian Eriksen.

Luka Modric delivered for Croatia yet again when it mattered at the big stage. Playing their final do or die match in EURO 2020 against Scotland, a win was necessary for them to qualify into the knockout stages. Up stepped Luka Modric, striking with the outside of his right boot from outside the penalty box. The shot curled away from the Scottish goalkeeper and nestled into the top corner.

Patrik Schick has arguably scored the best goal of EURO 2020, so far. The striker scored from an outrageous distance, as Czech were looking to counter from a Scottish corner. He received the ball from a favourable ricochet and let a powerful, curling shot fly from inside his own half. The goalkeeper who had advanced from his box had no chance, as the ball thundered into the goal. The goal was impressive on both fronts, the distance from goal and the amount of curl Schick got on the ball from his half.

Also Read: Who has Cristiano Ronaldo scored the most international goals against?