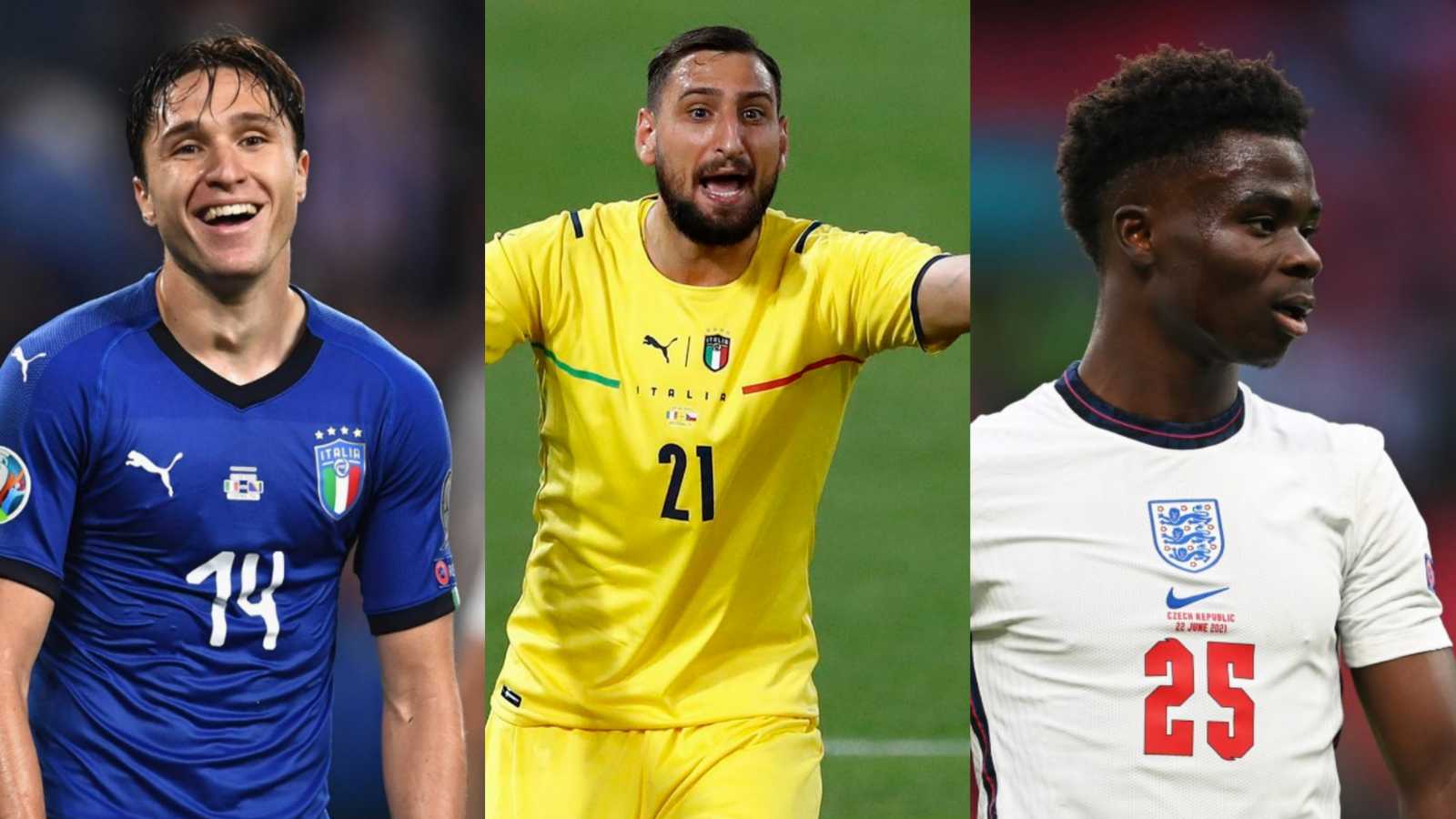 Euro 2020 has offered a stage for a lot of emerging talents to shine, with a select handful especially grabbing the spotlight. There’s something exhilarating about witnessing a young, somewhat unknown player take an event by surprise.

In a tournament that was filled with an extraordinary performance by veteran players, several youngsters joined the party and demonstrated their exceptional skill to the world at large.

Gianluigi Donnarumma finished with an outstanding campaign with penalty stops in the semifinal against Spain and the final against England, bringing Italy the Euro 2020 title. Donarumma also went through the group stage without allowing a goal, a feat only Jordan Pickford could match.

The 22-year-old made 27 stops in the tournament and was the key element in Italy’s triumph.  The cherry on top came when he was awarded Player of the Tournament, beating out other major stars at the event and becoming the first shot-stopper in tournament history to do so.

Eric Garcia accomplished his ideal move from Manchester City to FC Barcelona before the commencement of Euro 2020. He was a crucial player for Spain, who advanced to the semifinals of the mega event.

Garcia ended the competition with a passing accuracy of 97 percent, which was the fourth-best in the competition and the best in his team. He also had 4.3 ball recoveries per game, demonstrating his versatility on and off the ball.

There have been a handful of players who have stood up for Hungary, but none have done so more than the Fenerbahce defender. Attila Szalai was a gifted budding star who came up big in the competition for Hungary.

Despite playing against the heavyweights France, Germany, and Portugal, Attila managed to record 131 passes and 13 clearances which displayed his exceptional skills.

Illya Zabarnyi had a fantastic outing at Euro 2020. After a standout campaign with Dynamo Kyiv, he made a pivotal impact for Ukraine at Euro 2020.

The youngster was a pillar in Ukraine’s defense, recording 14 clearances, and 10 interceptions. He also won four duels, demonstrating his aerial skill.

Bukayo Saka partnered with Harry Kane and Raheem Sterling, and he was a key player in helping England reach the finals.

In the semi-finals against Denmark, he made a significant impact by grabbing on to a Harry Kane through pass and driving the ball across the box, with Simon Kjaer deflecting into his own goal.

When Federico Chiesa was on the field at Euro 2020, opponents had their priorities straight. After a succession of courageous performances in his first international event, the youngster grew into one of Italy’s most significant players.

Chiesa only played in one of Italy’s group-stage games but was nearly unstoppable in the knockout stages. After scoring a game-winning goal against Austria in the round of 16, the youngster was back in the semifinals, this time with a magnificent curling shot against Spain.

Jeremy Doku is well-liked in Belgium, where he rose through the ranks at Anderlecht, and Euro 2020 proved to the rest of Europe exactly how talented he is. The rise of Doku, who set hearts pounding with his stunning quarter-final performance, has been a genuine shining light for Belgium.

Doku’s major break came against Italy in the quarter-finals, when he was named I the squad from the beginning. He made his mark right before halftime, storming into the Italian box and setting up Romelu Lukaku for a penalty kick.

Pedri was named Euro 2020’s Best Young Player of the Tournament. It was enough proof of his status and ability. Pedri, although being only 18, was probably Spain’s most significant player.  He converted 92 percent of his passes, which aided Spain in the attack.

Pedri plays with professionalism and composure on the field that contradicts his age. With 11 chances and 171 final-third passes, he was important to Spain’s chance creation.

Denmark’s performance in the Euro 2020 was a delightful one as they demonstrated their supremacy by reaching the semi-finals.

After losing their main player Eriksen to cardiac arrest, they were blessed by Kasper Dolberg’s excellent performance. Dolberg’s ruthless striking abilities and fearlessness on the ball may have grabbed the attention of a few major European teams after he scored three goals for Denmark in the knockout stages.

Ferran Torres was a tremendous threat down the wings while sprinting at a tremendous pace with the ball at his feet. Torres’ speed, inventiveness, and skill were at the highest level. He recorded two goals and an assist in successive clashes against Slovakia and Croatia.

He made approximately one vital pass each game on his way to the semi-finals for Spain.

Alexander Isak is a player to watch out for in the future which isn’t surprising considering his outstanding achievements for Sweden at Euro 2020.

The youngster has been Sweden’s star throughout the tournament, and he even turned in a scorching man of the match performance against Slovakia.