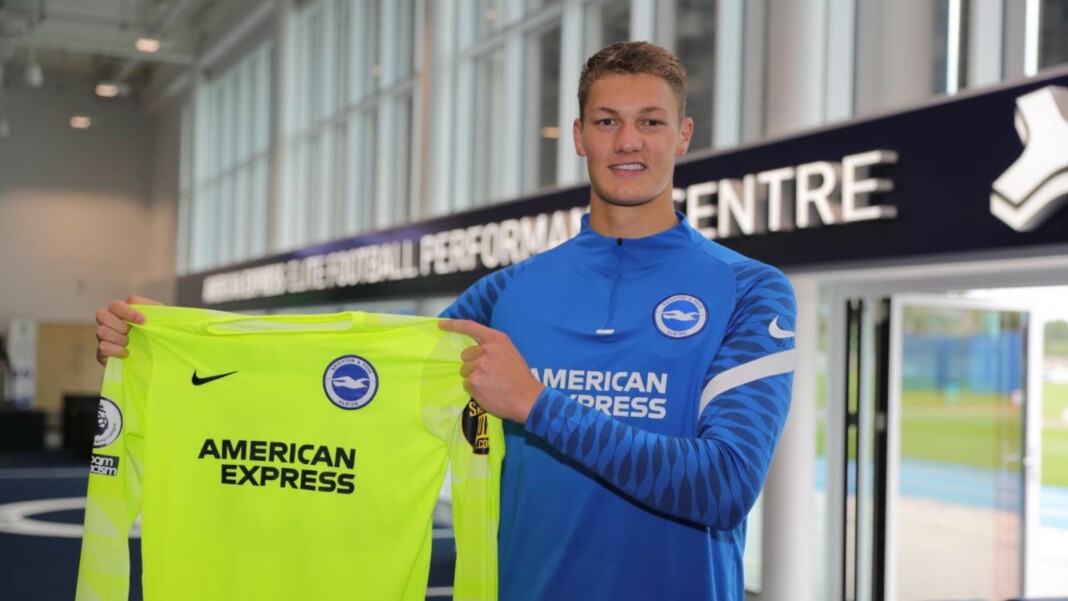 Brighton and Hove Albion have confirmed the signing of Ajax goalkeeper Kjell Scherpen in an undisclosed fee. The Dutchman has already represented his national team at the U-19 and U-21 levels and will move to the Premier League next season.

He has been mainly signed as their second choice goalkeeper and will play understudy to Spanish goalie, Roberto Martinez for the 2021-22 season at the club. Ajax had signed Kjell as a 19-year old but he made only 4 appearances during his 2 year stay at the club.

Kjell can also be sent out to loan in a move to aid his development, a tactic Brighton have successfully used for their current No.1 goalkeeper Roberto Sanchez. The fact which helps Scherpen the most is his height, at 6ft 8ins he stands as one of the tallest goalkeepers in the division even taller than the Seagulls’ own defender Dan Burn who is 6ft 7ins.

Albion head coach Graham Potter said: “We’re delighted to welcome Kjell to the club. He’s a player we have been monitoring for a while and we see him as a player with a lot of the right attributes. As well as his size, he is someone we think will work very hard to improve all aspects of his game as he gets used to English football.

“We wish him all the best and look forward to working with him.”

The signing of Kjell Scherpen means that Brighton can now allow Christian Walton to leave the club permanently for first team football. It also enables Jason Steele to return to being third choice in the pecking order.