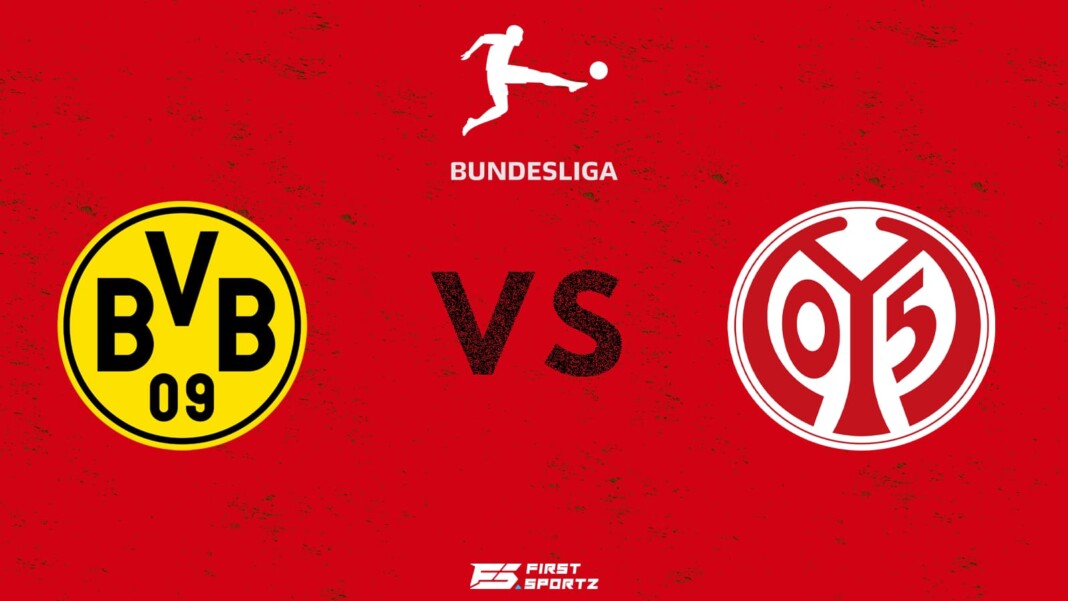 Borussia Dortmund resumes their league campaign after the international break against Mainz on Saturday 16th October. Dortmund sit third in the table at the moment with 15 points after seven games played, while the visitors are 9th with ten points registered so far.

Dortmund were victorious in their last game against Augsburg before the international break and it was the perfect way to bounce back from their defeat against Monchengladbach. Dortmund were without their goal machine Erling Haaland who was out with a minor injury. Raphael Guerreiro scored from the penalty spot within the first fifteen minutes but Augsburg replied with Andi Zeqiri scoring in the 35th minute and the match was levelled at 1-1 going into halftime. However Julian Brandt scored early in the second half and his goal proved decisive as it gave Dortmund all three points on the night.

Meanwhile Mainz are coming into this game with back to back losses against Bayer Leverkusen and FC Union Berlin. Bo Svensson’s men are now winless in their last three games and an away trip to Dortmund does not help their situation at all. In their last game forward Marcus Ingvarsten gave his side the lead in the first half. However Taiwo Awoniyi scored a quick-fire brace in 4 minutes in the second half to turn the tie in their favour and seal the three points for his side.

Dortmund will welcome Mainz at the mighty Signal Iduna Park in Dortmund Germany. It’s German name is Westfalenstadion and it is a UEFA category 4 stadium which is the highest rank given to a stadium. It has a total capacity of 81,365 seats and is one of the toughest stadiums to play at for the away teams.

Dortmund are handed a boost as Erling Haaland is set to return at the weekend against Mainz, after missing the last two games in all competitions and also missed the international break for Norway due to a minor injury. A win for Dortmund will be key as they travel to Netherlands to face Ajax in the midweek for their third group game of the Champions League. Marco Rose’s men have all the quality to get the result on Saturday and hence we predict a win for the home side.