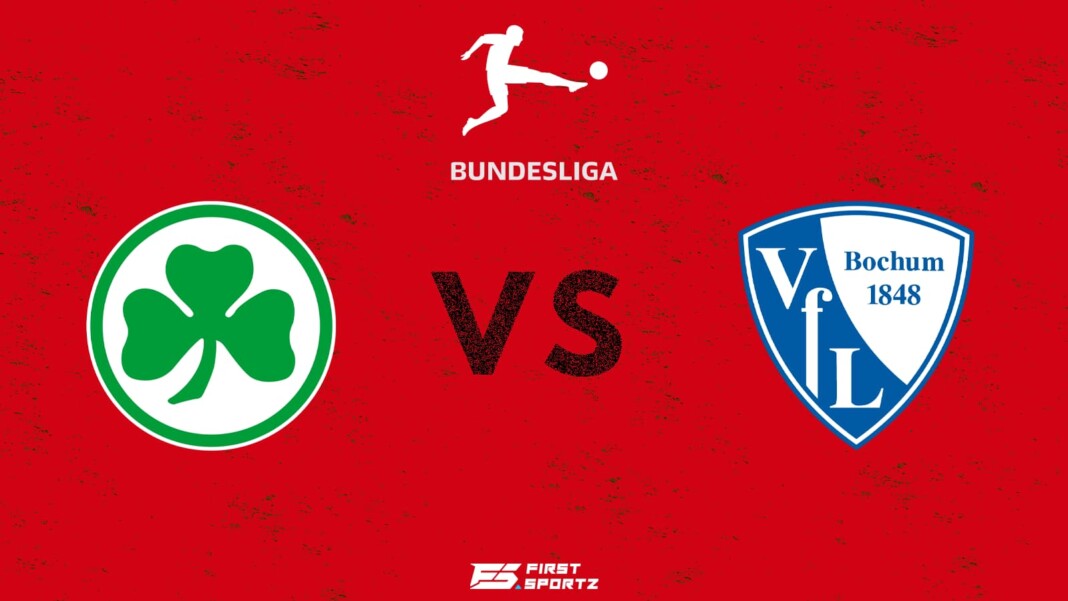 The newly promoted sides in the German Bundesliga go head to head as Furth take on Bochum at the Sportpark Ronhof on Saturday 16th October with club football returning after the international break. Both sides find themselves in the relegation zone with the hosts sitting bottom with just one point, while the visitors are in 17th place with 4 points.

Still looking for their first win in the German top flight this season Furth have certainly found it difficult to settle in. They’ve lost all of their first seven games this season conceding a total of 19 goals so far. Stefan Leitl men’s were beaten by FC Koln last time out. They will surely look for a first win of the season when they face VfL Bochum at the weekend.

The visitors, Bochum have successfully registered their first win of the Bundesliga season as they managed to best Mainz 2-0 back in matchday 2. They were humbled by RB Leipzig in their last game before the international break losing 3-0 on the night. Man in form Christopher Nkunku scored a brace and striker Andre Silva added another. Irrespective of their last result Bochum will come into this game with a win on their mindset.

Furth will host VfL Bochum at the Sportpark Ronhof Thomas Sommer in Furth Bavaria, Germany. It has a total capacity of 15,606 seats.

Both sides will come into this tie with a win in their sights as the three points can go to either side. However the away side Bochum have looked a better team out of the two in recent games and have already recorded a win under their belt. Hence we predict a win for VfL Bochum in this bottom of the table clash as Furth’s losing streak set to continue.