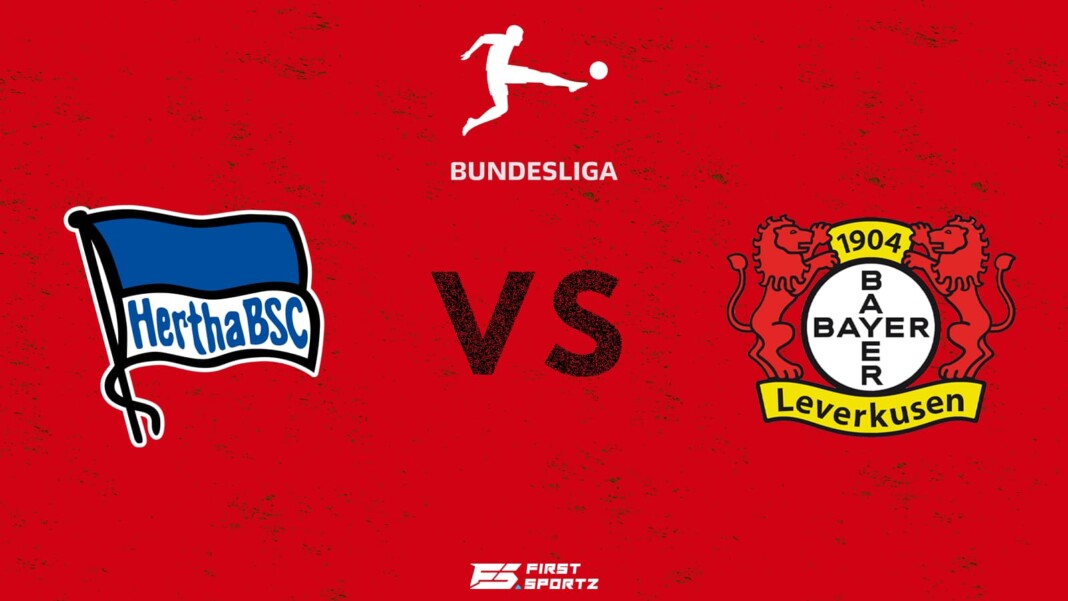 Hertha go head to head against Leverkusen in matchday 11 of Bundesliga on Sunday 7th November. Ahead of the game here is our Hertha BSC vs Bayer Leverkusen live stream, preview and prediction details.

Hertha were beaten 2-0 by Hoffenheim in their last league away from home. First half goals from Andrej Kramaric and midfielder Sebastian Rudy were enough to hand the side from Berlin their third loss in the last five games. Hertha are 13th in the table currently with 12 points so far.

Leverkusen suffered their second loss in the last three games as they were beaten by Wolfsburg in their last game. First half had nothing to separate the two sides. However two goals in the space of three minutes from Nmecha and Maximilian Arnold early in the second half were enough for Wolfsburg to see off the game. Leverkusen have lost some ground in the race for the top four in the recent games and are 6th in the table with 17 points.

Hertha Berlin will welcome Bayer Leverkusen at the Olympicstadion in Berlin, Germany. It has a total capacity of 74,475 seats. The 2015 UEFA Champions League final was played in this stadium. And it is also used for selected international games by the German national team.

Both teams will want to register a win when they face each other at the weekend after their respective losses. However Leverkusen will have an extra motivation as they beat Betis 4-0 at home in their Europa League group fixture. Hence we predict a narrow win for Leverkusen in this game.