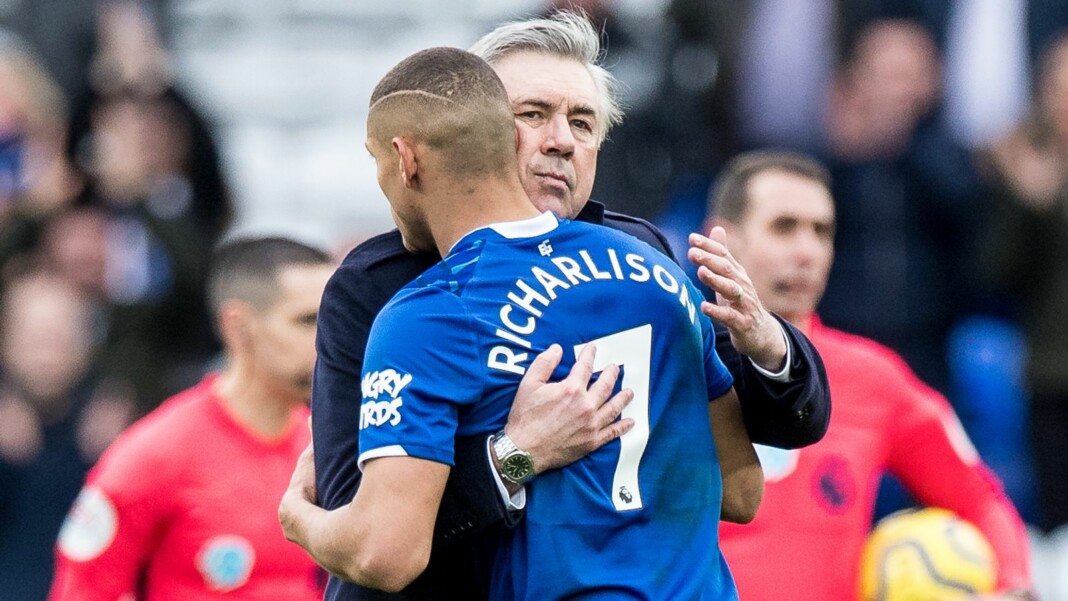 Real Madrid manager Carlo Ancelotti is reportedly looking to bring in Everton striker Richarlison at his new club. A number of reports have emerged which said the duo recently spoke on a call discussing the possibility of a move to the Spanish capital.

The Italian manager came in from Everton this season and signed a deal till 2024 with Real Madrid and is not looking to bring in a Everton player whom he managed during the last two seasons. Richarlison is currently involved with Brazil in their hunt for the Copa America title.

The duo spent 18 months together at Goodison Park in which the 24-year-old striker scored 20 goals across all competitions as Everton finished 12th and 10th respectively. According to Goal, the former Everton manager and the player have already spoken on call during the international break and Ancelotti wants the player to make the move from England to Spain.

Real would have to make a lucrative offer for the player if they are to lure Everton in selling the player and a fee of around €55 million is being touted.

However, talks are in a very early stage at the moment and with Real Madrid’s finances this summer a move for the Brazilian looks very difficult. Madrid can look to bring in a player if only they are able to offload a few players of their own to raise funds this summer, as they heavily spent on the renovation of the Santiago Bernabeu recently.

The move looks highly unlikely considering the fact that if Richarlison decides to make the move he would have to play second fiddle to Karim Benzema who would undoubtedly start for Ancelotti.