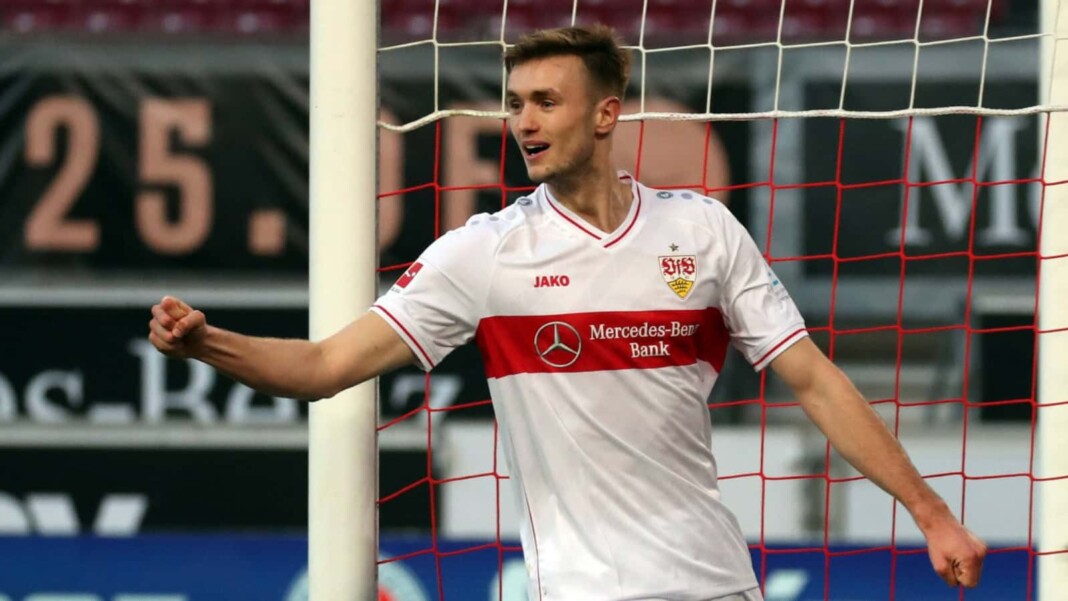 Chelsea are reportedly interested in acquiring the services of Sasa Kalajdzic, this summer transfer window to boost their squad’s chances of making a challenge for the Premier League next season. Kalajdzic, is however a back-up transfer option, if they fail to land their main target- Erling Haaland who continues to remain the Blues’ top target this season.

Sasa Kaljdzic is a Austrian footballer, who plays for German Bundesliga club Stuttgart and has built his reputation of a decent goal scorer. The forward netted 17 goals in 36 appearances in all competitions for the German side last season.

What would Sasa Kalajdzic offer Chelsea?

According to numerous reports in the English media, Chelsea have had their initial bid thwarted for Erling Haaland. Chelsea reportedly had an opening player-plus-cash bid for Haaland rejected last week, which has made them look elsewhere to bring in a striker who would provide them with goals this season.

Kalajdzic is a towering figure standing at 6’7″, and is a sort of a target-man who holds up play well. He played for the Austrian National squad in the recently concluded EURO 2020 and scored a goal against Italy in the Round of 16 tie. The striker would be a perfect replacement for Oliver Giroud who performed a similar role in Chelsea’s Champions League winning campaign.

Because of his height, Kalajdzic provides a genuine threat from set-pieces due to his aerial ability, which is very good. The striker is also good with the ball at his feet, and knows the art of performing tricks and flicks on the football field, unlike most tall strikers who rely only on hold-up play.

However, the move would not come easily for the Blues, as the 24-year old striker still has 2 years left on his contract with Stuttgart. The club have made it clear that they do not want to sell the player, but Chelsea are looking at a bid of £30m to lure the club into selling him.