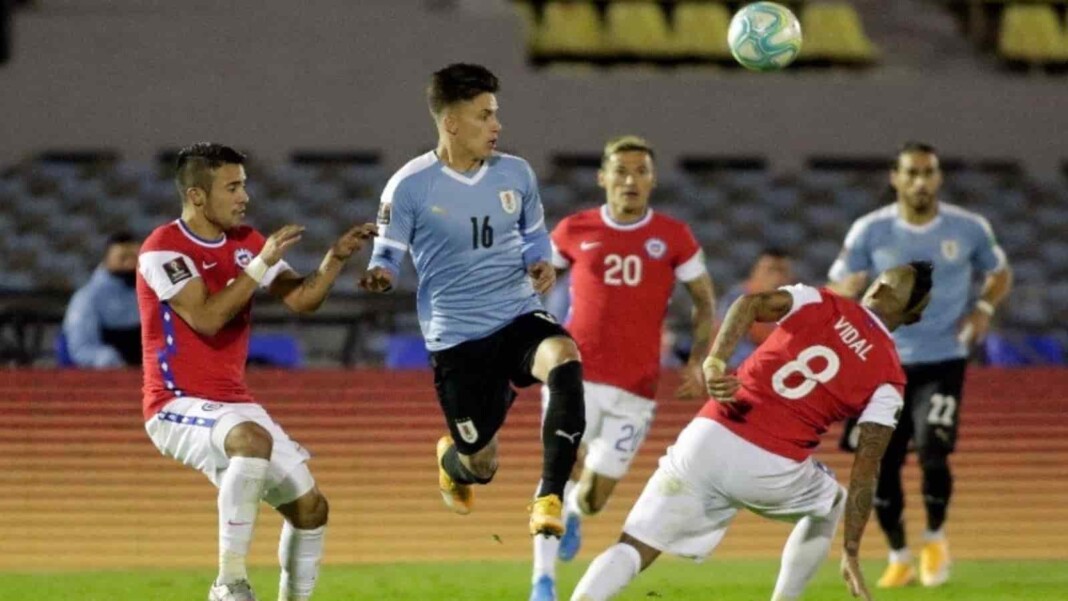 In today’s Copa America clash, we see two heavyweights go head to head as Uruguay face Chile. Uruguay come into this match after a 1-0 defeat at the hands of Lionel Messi’s Argentina and will be aiming for all three points at the Arena Pantanal in Brazil. Despite facing a strong Chile side, Uruguay will be eager to make full use of attacking talents Edinson Cavani and Luis Suarez and have a positive result this time around.

With four points in three games, Chile are sitting pretty in second place in Group A of Copa America. They would be advised to play cautious and settle for a point and not giving too many chances to the Uruguayan side, as a win against Paraguay in their next match would see them qualify comfortably. With players such as Eduardo Vargas, Erick Pulgar and Ben Brereton, who scored against Bolivia, they also pose an attacking threat that the Uruguayan defence should be vary of.

With both teams being well-drilled and disciplined sides, there might not be much end-to-end action on display but the midfield battle might be something to watch out for. Uruguay, the most successful side in the history of the tournament, are on the hunt for their first Copa America since winning it back in 2011, while Chile will be looking to emerge victorious for the third time after their twin wins in 2015 and 2016.

The last time these two sides clashed was back in October 2020, when Uruguay beat Chile 2-1 in a FIFA World Cup qualifier: thanks to a stoppage-time winner by Maxi Gomez.

Also Read: Argentina vs Uruguay Player Ratings as The Albiceleste register their first win in the tournament