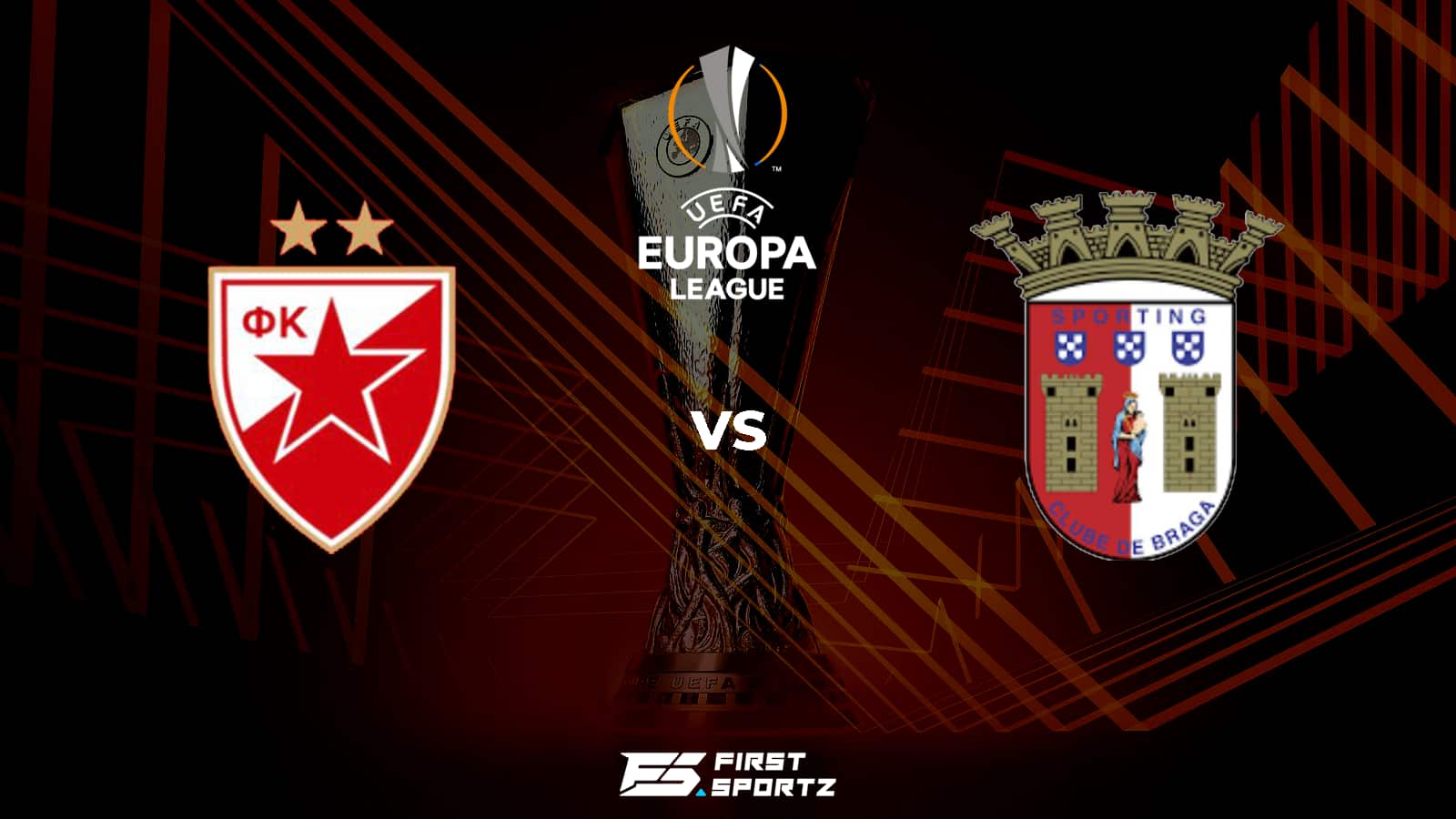 In the Group F fixture of the European second tier competition, Crvena Zvezda will host Braga in their backyard. Ahead of the Crvena Zvezda vs Braga fixture, here is our preview, prediction and live streaming details.

In their previous game against Proleter Novi Sad, Crvena Zvezda registered a comprehensive 3-0 victory at Red Star Stadium. Sekou Sanogo started the proceedings for the Serbian outfit in the 24th minute whereas Aleksandar Katai scored twice to help Crvena Zvezda to win the game. The team must be careful about Milan Rodic and Nenad Kristic as they are nearing suspension.

On the other hand, SC Braga failed to register a win in their last game as they drew level with Pacos Ferreira in the Portuguese top-flight game. They find themselves in the fifth position in Primeira Liga and will look to kick start the campaign. The team will miss the services of David Carmo, Ricardo Horta and Nuno Sequeira for the Europa League adventure.

The fixture between Crvena Zvezda and Braga will be played at Red Star Stadium. Red Star Stadium is also known as Rajko Mitic Stadium and has the capacity to fill about 53,000 fans on a matchday.

. Both teams are coming off contrasting fortunes in their respective leagues. Crvena Zvezda are in fine form and will look to encash the same when they host SC Braga. We predict Braga to play a tough game but the Serbian outfit are expected to take home all three points in the campaign opener.