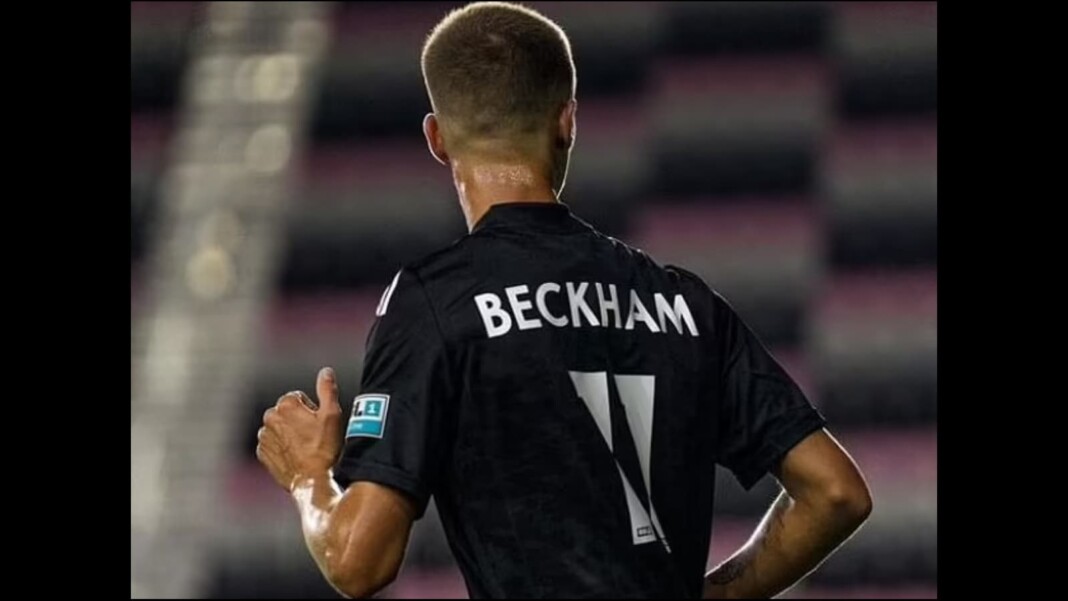 The 19-year old prodigy signed for the club, two weeks ago and played his first match for the club, and stayed on the pitch for 79 minutes before being subbed off.

Romeo Beckham has signed for Fort Lauderale, a club which is owned by his father David Beckham

The match ended in a 2-2 draw for Fort Lauderdale, and though Romeo failed to get a goal or assist for himself he played well in parts, swinging in crosses from the right flank just like his father used to do during his playing career. He touched the ball a total of 19 times and came into his own more so in the second half after acclimatizing himself with his team’s style of play.

Romeo Beckham came close to grabbing an assist for himself in his first appearance when he sent in a perfect cross after playing a neat little one-two with Harvey Neville, but it was cleared away by the defender. The youngster also made his presence felt in defense before coming on and stopped a headed effort after tracking back a long way down the right flank.

Romeo had previously trained at Arsenal’s training academy in 2015 but left the club to focus on a career in modeling. The teenager kept playing football while he was studying at Millfield School, while he also trained under England’s attack coach Alan Russell.

Romeo took to social media to express his delight after making his debut, before looking ahead to Fort Lauderdale’s next fixture against Greenville Triumph on Saturday.

“Blessed to have made my pro debut tonight for @fortlauderdalecf. Full focus onto the next match,” he wrote on Instagram.

Also Read: James Rodriguez in talks with Qatar club as the player looks to seal a move away from Everton