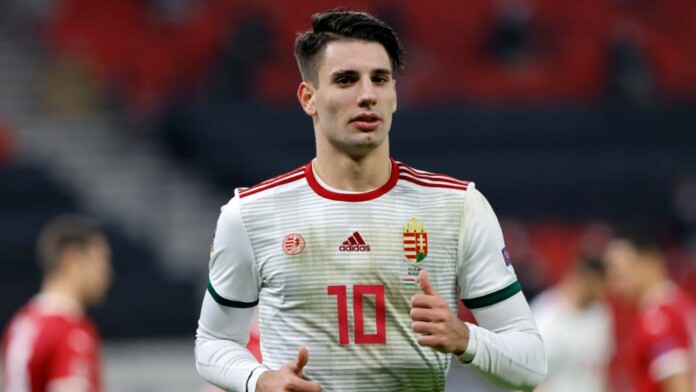 It is the business end of the football season all across Europe. In some parts of Europe like England and Italy, the race for the Champions League has peaked whereas in other parts of like France and Spain, the title race has boiled down to the last day. Few clubs that secured the Champions League action are looking to seal the deal for few players or extend their contracts. With their Champions League qualification already obtained, RB Leipzig have continued to extend the contracts for their faithfuls. RB Leipzig has handed a new contract to Dominik Szoboszlai.

The Hungarian international has had a injury struck season and has featured in just 12 games for the club in 2020/21 season. However, in those games, the player has scored 4 goals and assisted 7 times his side, RB Salzburg, to provide the early head start to the season. Owing to his performances, RB Leipzig signed the midfielder for a sum of €20 million in the winter transfer window. RB Salzburg find themselves on top of the points table because of his dominant performance in the early season.

What did Fabrizio Romano say about Dominik Szoboszlai’s new contract?

The famous transfer journalist, Fabrizio Romano tweeted in his official handle regarding the new contract provided to the Hungarian international. He tweeted:

The 20-year-old suffered a horrific injury in January which potentially ruled the player from the football action for months. The player has not featured since then and it affected RB Leipzig’s title race. Julian Nagelsmann was doubtful about the player’s return and had said:

Dominik Szoboszlai will have a crucial role play for RB Leipzig in the coming season with multiple stars including Ibrahima Konate and Dayot Upamecano leaving the club. Also, in absence of Julian Nagelsmann, it remains interesting to see how the club will fight for the title under Jesse Marsch.

Also Read: Barcelona poised to make a marquee signing in summer after securing a loan