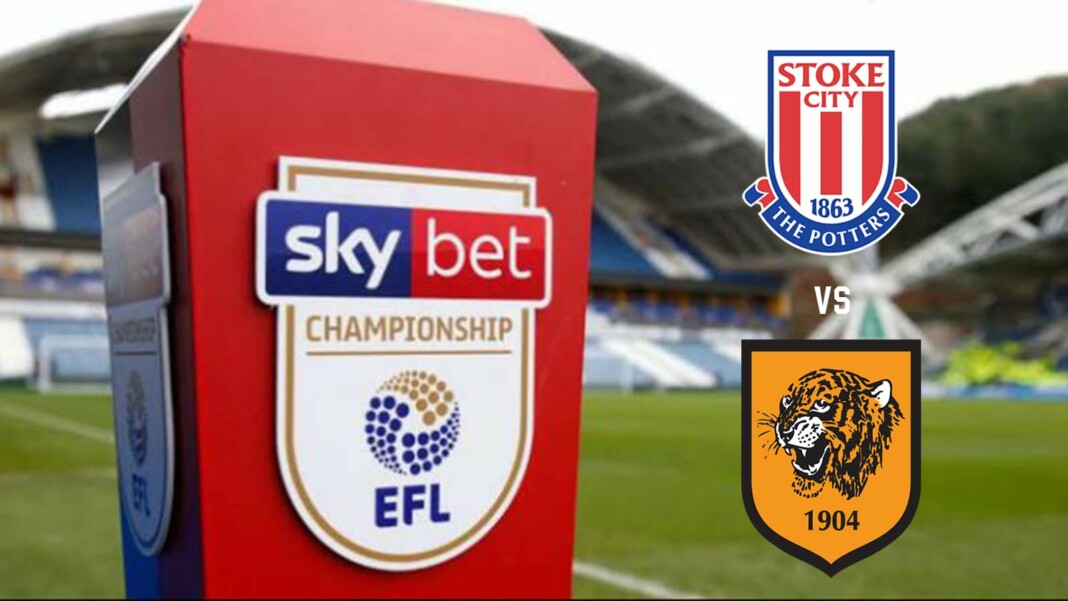 Stoke City take on Hull City at the Bet365 Stadium on Saturday 25th September in gameweek 9 of the EFL Championship. Ahead of the game we take a look at the Stoke City vs Hull City Live Stream, Preview and Prediction details.

Stoke City have made a strong start to their Championship season and are in fifth place after eight games registering 14 points so far. However their opponents Hull City are struggling in league at the moment and find themselves in relegation zone sitting in 23rd place with just five points from the first eight games of the season.

Stoke City lost their last league game away to Derby County 2-1 with first half goals from Max Bird and Curtis Davies, while Thomas Ince scored early in the second half but unfortunately was not enough as the hosts took all three points.

Stoke City have bounced back from the defeat with an impressive 3-1 win against Watford in EFL Cup Round 3 with goals from Nick Powell, Sam Clucas and Josh Tymon. The hosts will surely want to build on their midweek performance with another win against Hull City this weekend.

The visitors, Hull City are struggling in the EFL Championship this season have registered just 5 points from the first eight games of the season and are 23rd in the league. Hull City have lost their last two games against Blackburn Rovers and Sheffield United respectively conceding five goals. Their only win game on the opening day against Preston and since then are winless in their last seven games. Hull City need a string of results soon to have any chance of avoiding the drop this season.

Stoke City will host Hull City at the Bet365 Stadium in Staffordshire, England. It was formerly known at the Britannia Stadium till 2016. It has a total capacity of 30,089 seats.

The hosts are coming off an impressive win in the EFL Cup round 3 against Watford and will surely look to win against a struggling Hull City side. Stoke City have enough quality across the pitch to win this game and therefore we predict a comfortable win for the home side Stoke City.