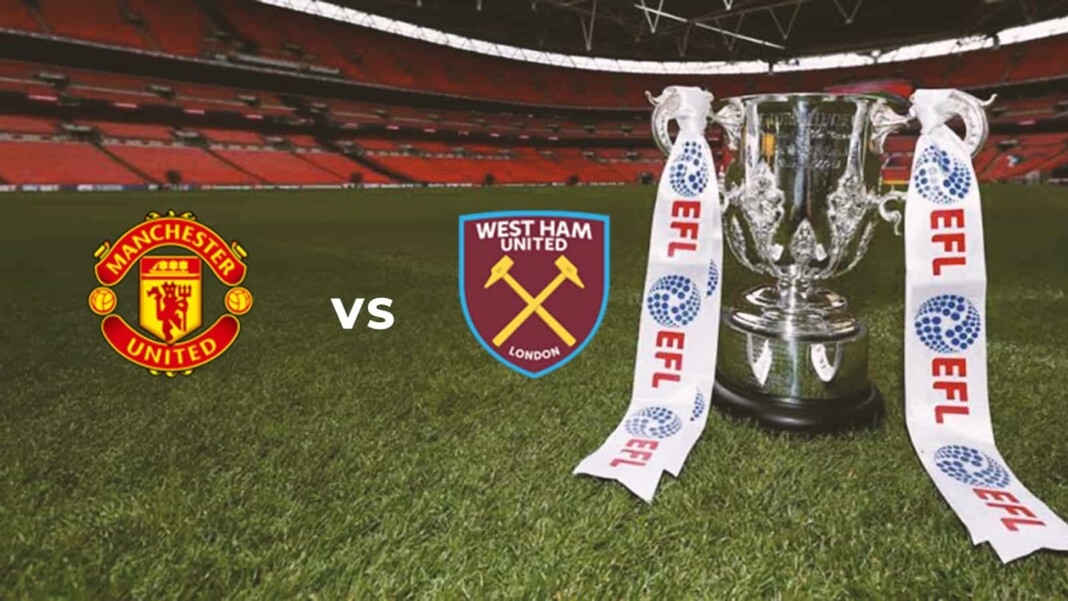 Manchester United vs West Ham : Manchester United will go head to head against West Ham in the third round of EFL Cup this season. Let’s check out the preview of both the teams before Saturday’s fixture and also the television broadcaster where the match will be live.

Manchester United faced West Ham in their last match in the Premier League and will be facing them again in the third round of the EFL Cup. The Premier league match between these two teams was electric and both the teams gave a neck to neck fight against each other. Manchester United were 1-0 down at the 30th minute as Benrahma scored for West Ham but it did not take long for the away team to come back into the game as Cristiano Ronaldo came with the equaliser at the 35th minute.

Lingard put Manchester United 2-1 ahead in the game with his terrific goal at the 89th minute. The final nail in the coffin was De Gea’s penalty save at the 95th minute which ended the match in a 2-1 scoreline in favour of the Red Devils. Manchester United and West Ham will play each other in their first match in EFL Cup this season and it will be exciting to see if West Ham gets their revenge or not in this match by knocking out Manchester United from the competition.