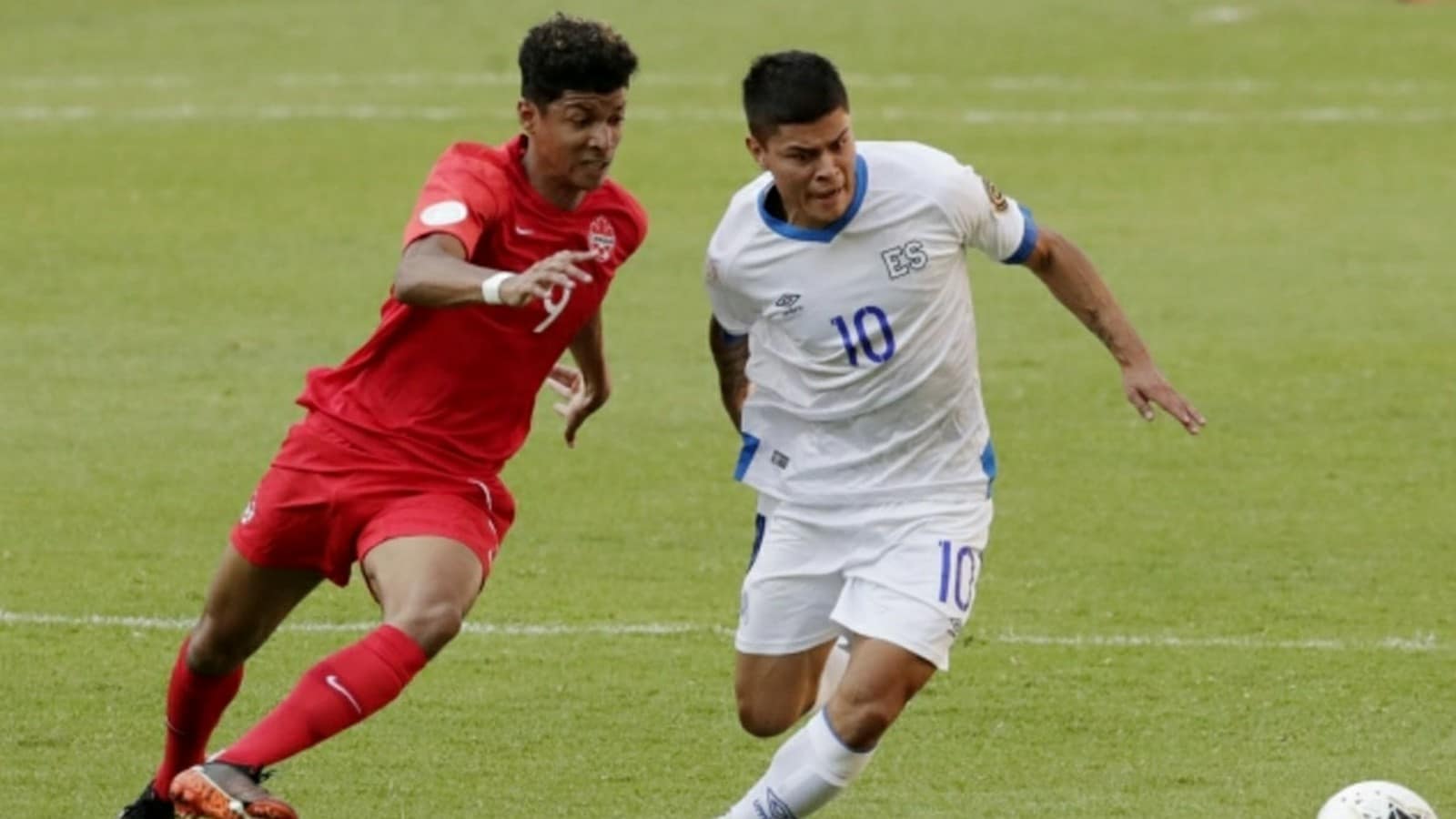 Action from an El Salvador match

El Salvador will face off against Curacao in the Group A match of the CONCACAF Gold Cup on 10th July at the Toyota Stadium. El Salvador lost their last warm-up game 1-0 to Qatar last weekend, while Curacao were officially eliminated from CONCACAF World Cup qualification last month after a 0-0 tie with Panama and a 2-1 aggregate loss.

El Salvador had hardly been pushed until their loss to Qatar, having only conceded once in six matches this year, winning five of them and scoring 19 goals.

They’ve placed third in this tournament’s group stage five times in a row, most recently qualifying for the knockout stage in 2017 as one of the top third-place teams. However, the third position will not suffice this time, since only the top two teams from each group will progress to the quarter-finals, thus El Salvador will be hoping to get three points against a side that is seven places behind them in the FIFA World Rankings.

Curacao stunned everyone by placing second in their group, ahead of El Salvador on goal difference, and making it to the quarter-finals for the first time in their second straight participation at this event two years ago.

They will not compete in the World Cup next year after being ousted in the previous round by Panama. Despite their disappointment, they may be proud of how far they’ve gone in just a few years.

In 2019, they were able to obtain results against two tough CONCACAF teams, defeating Honduras 1-0 and tying 1-1 with Jamaica, demonstrating that they are a quality team capable of causing an upset.

El Salvador and Curacao have faced each other in four matches with the former having a clear edge winning all the games. They last encountered in 2019 with El Salvador winning the game 1-0.

El Salvador will miss the services of Romulo Villalobos due to a hand injury and will be replaced by Julio Sibrian.

Curacao have no injury concerns but an unidentified player has tested positive for Covid-19.

El Salvador are expected to win this game owing to their strong and formidable lineup. They also have a great record against Curacao and would look to maintain that in this game.

Also Read: Alisson Becker wife: All you need to know about the Brazilian and Liverpool shot-stopper’s stunning wife