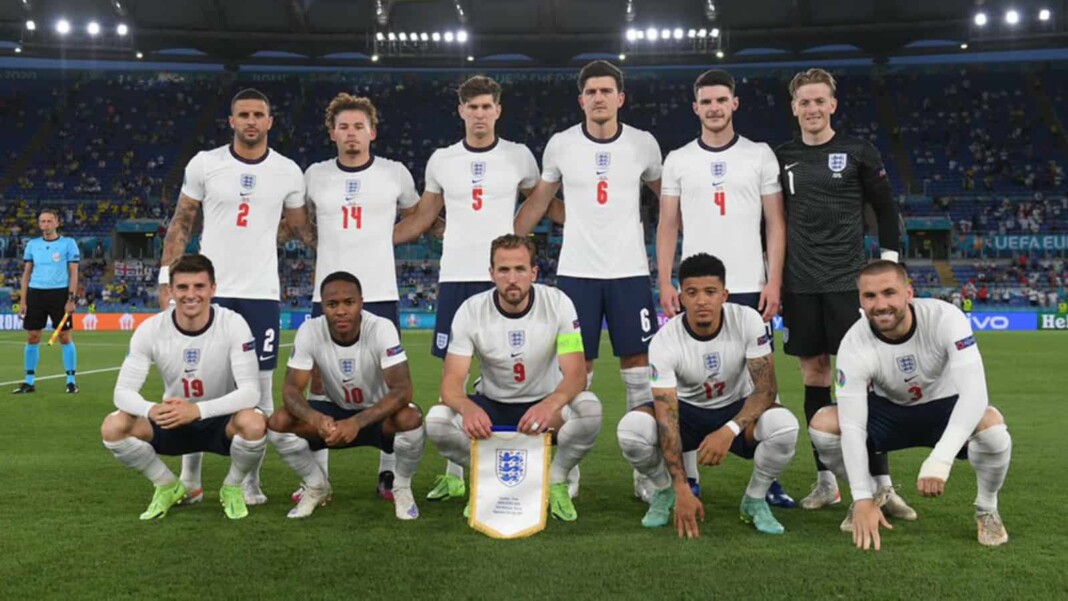 Is it coming home? The long-standing question is all set to be answered on Sunday, when England take on Italy in EURO 2020 finals at the Wembley Stadium. The three lions have made it into the finals of an European Cup competition for the first time in their history after defeating Denmark in the semi-finals.

The English side under Gareth Southgate has so far displayed were touted as one of the best leading into the European competitions and have delivered on those lines. They have played some quality football in the tournament so far and are just one match away of winning the hearts of the nation.

England started slowly registering a 1-0 win over Croatia, which was followed by a score-less draw against rivals Scotland in their second group game. After these results a lot of talk in the media surrounded the English side’s attacking play but they have duly made up for that in the latter stages.

They won convincingly against Germany winning with a 2-0 margin with goals from Harry Kane and Raheem Sterling. The three lions also won by a huge margin against Ukraine in the quarter finals by a margin of 4 goals. This followed a win against Denmark in the semi-finals where Kane scored the winning penalty in the second half of extra time.

The England skipper, Harry Kane has found his feet after a poor start to the competition and even has a chance of even overtaking Cristiano Ronaldo for the Golden Boot race. He has scored 4 goals so far and England will heavily rely on his performance for the titular clash against Italy on Sunday.

The Three Lions have an exceptional defensive record this Euros and have just let in 1 goal, which came from a free-kick against Denmark. They are yet to concede from open play and Gareth Southgate will hope for yet another strong showing from Harry Maguire, John Stones and Jordan Pickford against the Azzurris.

England will also have the added support of their home crowd when they take on the Wembley pitch for the 6th time in this year’s European Cup. All of these advantages will help Gareth Southgate’s England team start on the front foot against a very good Italian side, but they would be confident that if they are able to play to their potential they definitely have what it takes to win EURO 2020 and prove the saying- “It’s Coming Home” true.

Also Read: Angel Di Maria wife: All you need to know about the Argentine player’s wife