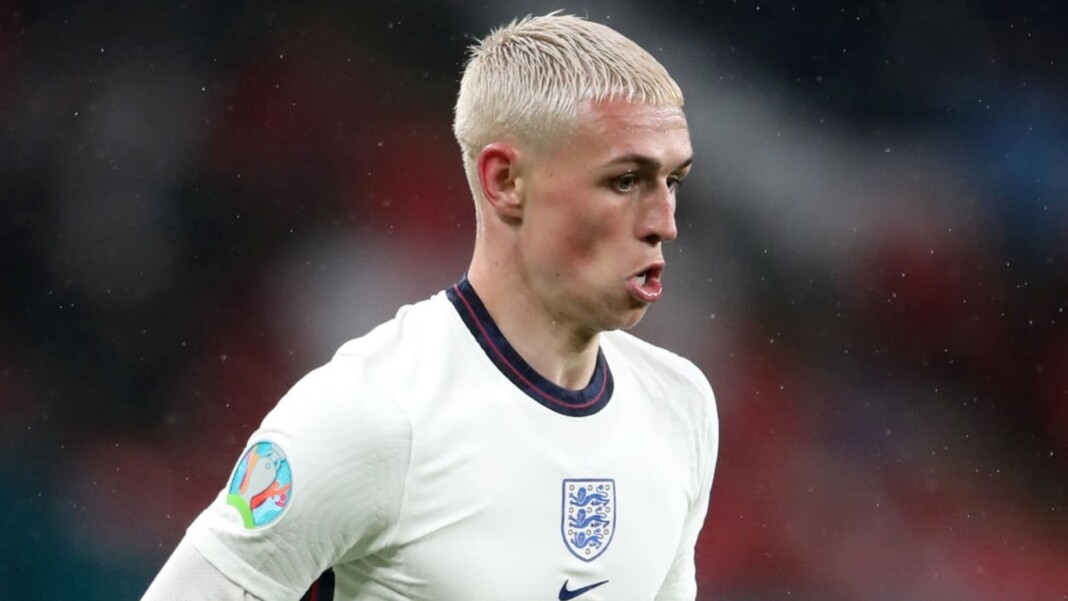 England midfielder Phil Foden has missed his team’s final training session ahead of the EURO 2020 finals. He has featured in 3 of the Three Lions’ match in EURO 2020 so far and came on as a late substitute in their semi-final win over Denmark.

The news came out from the official Twitter handle of the English football tem, which also announced that all of the other 25 players are fit and ready to battle it out if need be for the finals. England have made it into the finals of the European competition for the first time in their history and have a chance of winning a major international trophy after 55 years.

However, it seems Gareth Southgate and his men will have to do it without the services of Phil Foden in the final against Italy on Sunday at the Wembley Stadium. Foden was left out as a precaution and now faces a race against time to be fit and play some sort of role in England’s quest of the trophy.

The loss of Foden should not hurt Gareth Southgate, considering the number of attacking players at his disposal in Jack Grealish, Mason Mount, Bukayo Saka. Foden has recently seen his game time reduce largely after starting for England in their first two matches of the competition.

Foden has played a total of 25 minutes over the last 4 matches and has fallen down in the pecking order for a starting spot in the highly talented midfield of the Three Lions.

Southgate has preferred the attacking trio of Kane, Sterling and Bukayo Saka in the knockout stages of EURO 2020 so far and the move has paid dividends for him.