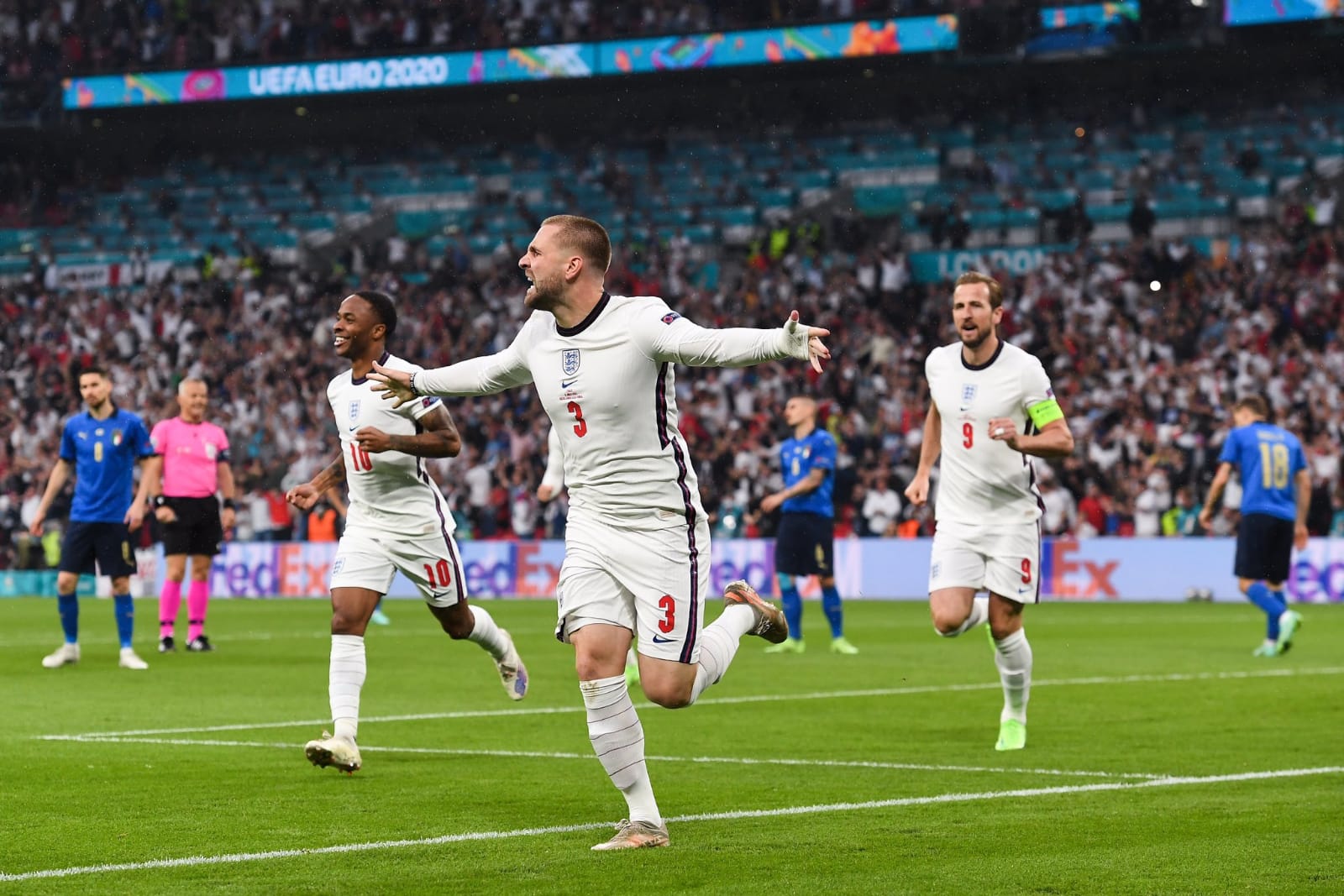 The biggest night of the footballing season is off to a rollicking start for the neutral fans and for fans of England. The hosts have taken a huge huge lead and the match is off and running here at the Wembley stadium.

The fastest goal of any EURO finals has come from an unlikely source in England’s left back Luke Shaw. The goal came in the 3rd minute as England countered at quick pace from inside their own half.

England have scored the fastest goal in a EURO Cup final

Harry Maguire had just given away an unnecessary corner inside the first couple of minutes after a mis communication with goalkeeper Pickford. The resultant corner was cleared by the English defence and Harry Kane picked up the ball deep inside his own half.

He made no mistake in picking out a pass out wide to the right flank as the English players flooded forward to attack Donarumma’s goal. Kieran Trippier and Walker both moved up from the right flank and the Atletico Madrid man moved with the ball at his feet.

He swung in a cross into the penalty box for the left back Luke Shaw who had made a run into the box from the left hand side. The ball reached the left back and he thumped it into the back of the net with a perfectly timed volley on his left foot.

The left back who hardly scores has scored probably the most important goal of his career on the biggest night of his footballing career. Italy are shell shocked and look rumbled inside an almost near packed Wembley stadium.