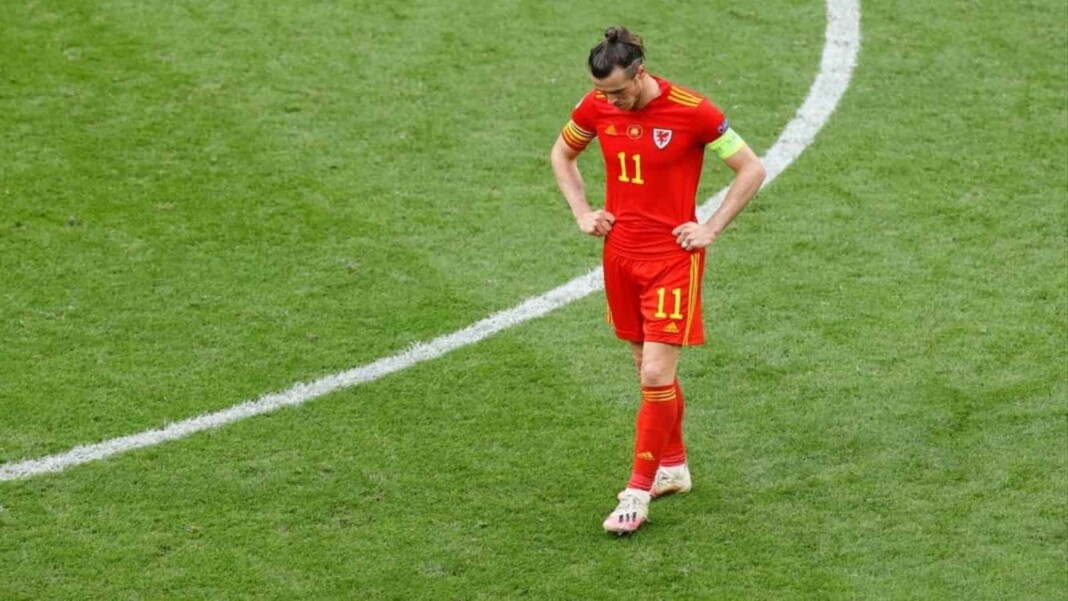 Gareth Bale has come out and justified his stance on playing for Wales in the future a day after they were eliminated from EURO 2020. Denmark thumped Wales to a 4-0 defeat and ruined Welsh hopes of making it into the quarter finals of the tournament for a second successive time in the Euros.

After the match, a visibly disappointed Gareth Bale stormed off the post-match interview when a BBC reporter asked him if this was his final match in a Wales shirt. The Real Madrid winger muttered under his breath before storming out of the interview, visibly frustrated with the quality of the question.

However, in a follow up interview with Welsh language broadcaster S4C, Bale gave a positive response of him playing for Wales in the future, and it is what Wales and Gareth Bale fans would love to hear.

Asked if he would still be wearing the captain’s armband when Wales resume their 2022 World Cup qualifying campaign, the 31-year-old responded: “I want to continue to play. People ask stupid questions all the time, but obviously I love playing for Wales. I’ll play for Wales until the day that I stop playing football.”

Gareth Bale, who is just 31 and is Wales’ captain and leading goal-scorer also said that he wants to take his team to the World Cup in 2022 scheduled to be held in Qatar.

“We’ve just started the World Cup campaign, and we need to take this experience into that,” he added.

“I feel like we have a very good way of playing when we play well and we need to keep that confidence high, keep playing football and I think we can qualify for the next World Cup.”

This interview would come as sugar to ears of football fans as we do not want to see a talented player like Gareth Bale hang up his boots from any sorts of football in the recent future.

Also Read: Who is the owner of Aston Villa?